The creative building materials used in these houses is rather incredible when you think of the more traditional building materials used for house building. Concrete and bricks are the first things that come to my mind. Never in my wildest dreams had i imagined a house made from a plane fuselage or a pile of firewood. Some of the houses in this collection are more practical than others, but nevertheless incredible use of materials.

#1 - Firewood Shed
This amazing shed in Austria has it's walls made entire out of Firewood. 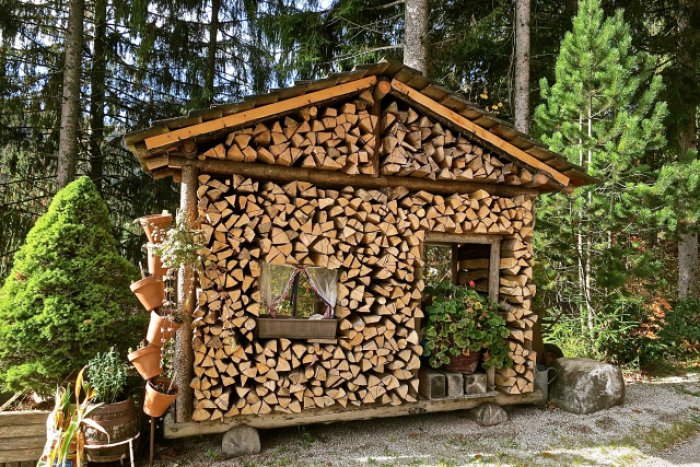 #2 - Boat On a Dry Land
I've seen plenty of boathouses while travelling in places like Amsterdam, but it's more rare to see not one, but two - on a dry land, like the The S.S Encinitas and the S.S Moonlight in San Diego County, California. 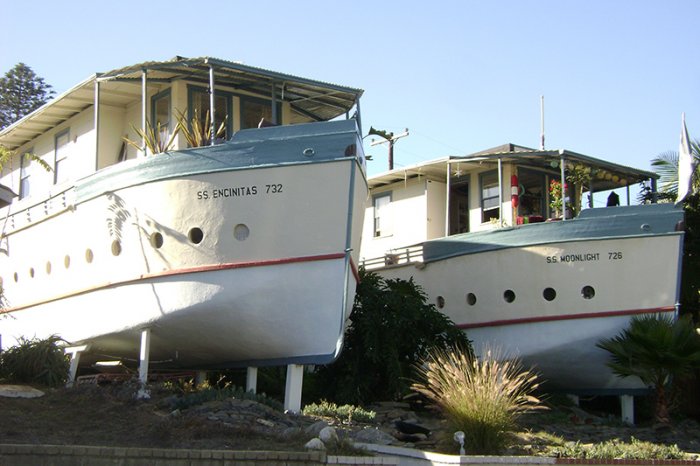 #3 - Sandbag Homes
Apparently sandbags make a for a pretty nice insulation and building material for a house. Recycled plastic bags are filled with a mixture of sand and clay and then used to build the walls of a sandbag house. 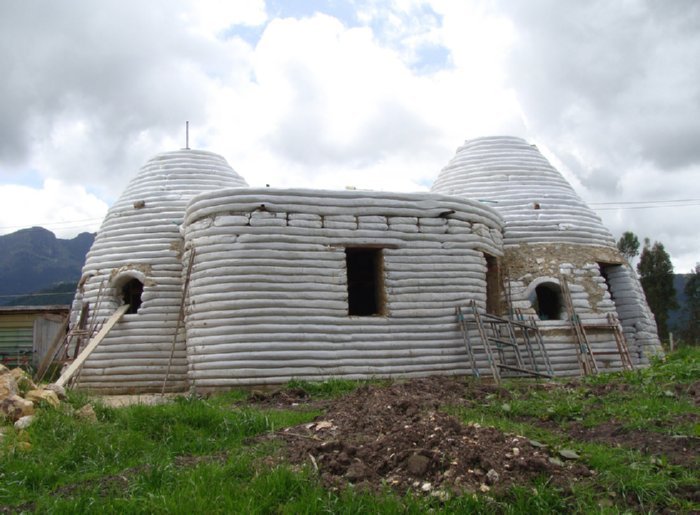 #4 - Plane fuselage
This used 727 fuselage is one of the most amazing houses i have ever encountered. Old plane fuselages are not as rarely used as houses that i first thought when i stumbled upon this amazing build. The fuselage in picture is actually a Hotel in Costa Rica. 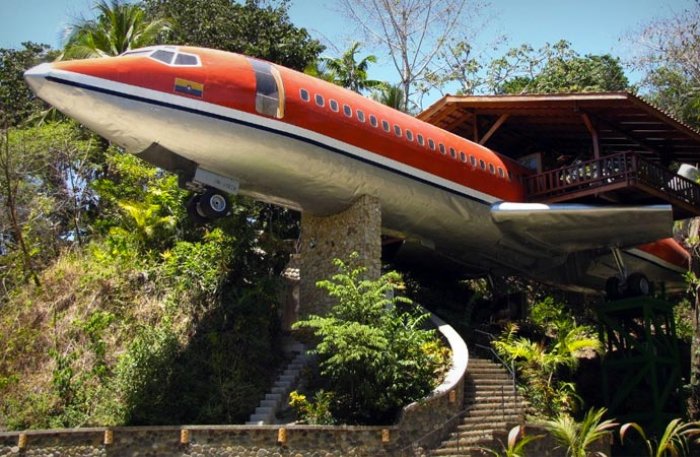 #5 - Bottle House
Apparently using waste bottles as a house building material is not only possible, but also very ecological. My hearth warms for the idea that bottles are used in this manner instead of them ending up as landfill. 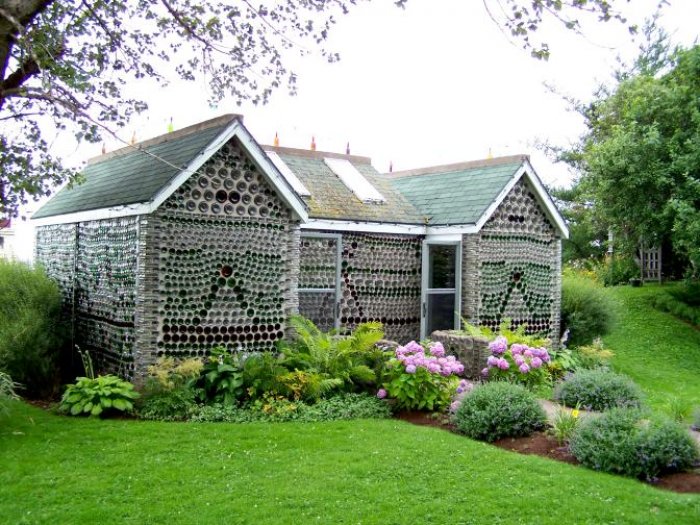 #6 - Shipping Container
You may have seen an episode of Doomsday Preppers and how they prefer shipping containers buried underground for houses. That however is certainly not the only way to make a house out of an shipping container as can be seen in this exceptionally beautiful conversion. 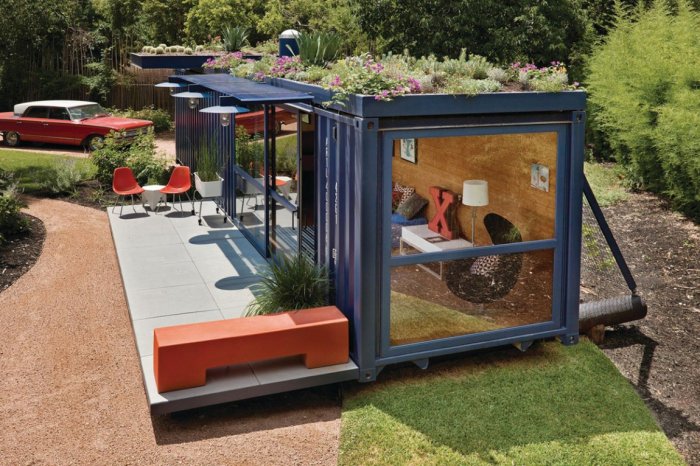 #7 - The House of Tires and Bottles
As we have already seen earlier in this article, recycling used materials for building materials of a house can lead in to some spectacular results. In this one the materials are a mixture of used tires and bottles. The timber on the windows and balcony tie everything together beautifully. 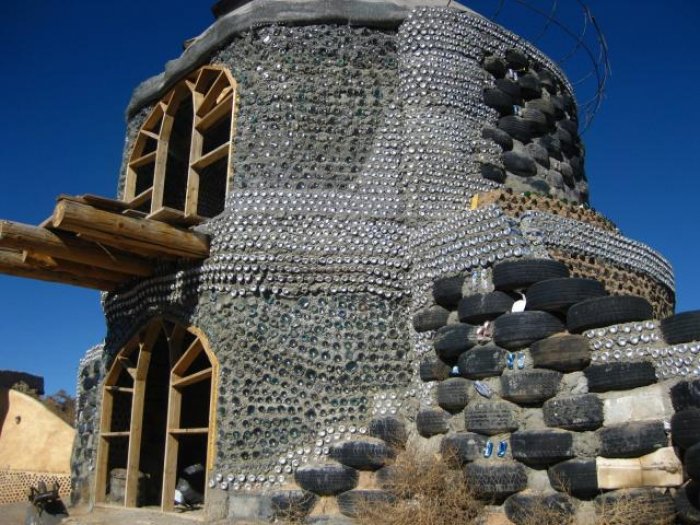 #8 - Round House made from Corn Cobs
With the low cost of only $8,700 this 20 sqm house could be an option as a garden house. But using corn cobs (including the corn kernels) while there are people that don;t have access to food everyday would let me feel uncomfortable.

#9 - The Big Crunch
This building has been set up in Darmstadt, Germany and beside the basic metal structure its completely build from scrap parts that have been thrown away by the society. 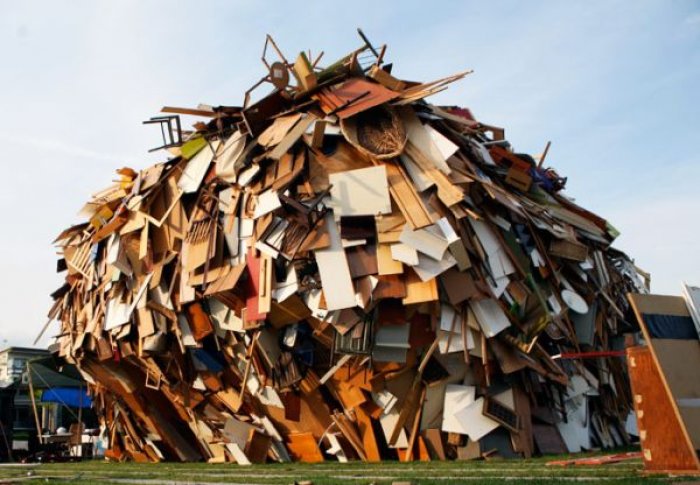 #10 - Ice Hotel Sweden
Nothing lasts forever and that's for sure when you see this hotel made entirely from ice including the beds in the rooms and the bar and seating in the restaurant. At l;east you won't have to worry about if your drink is cold enough. 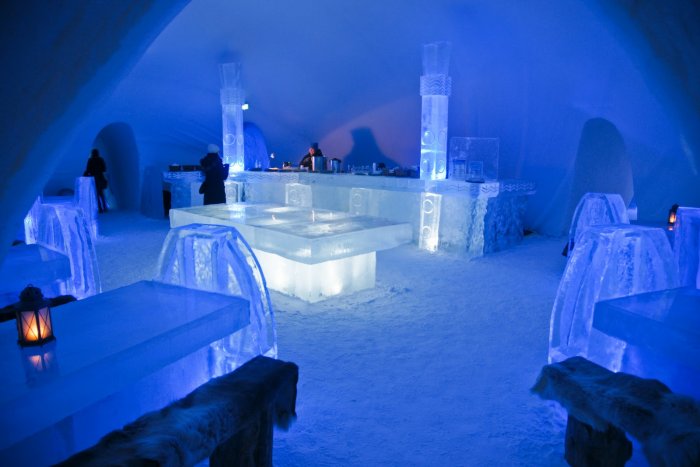 #11 - The Million Beer Bottle Temple
This Buddhist temple has been build from more than a million recycled beer bottles. Arranging the brown and green bottles differently make these nice pattern so it doesn't look too plain.

#12 - Palacio de Sal
This entire hotel has been build solely from salt blocks including all the interior. There is one very strict rule in this hotel: Do not lick the walls! Seriously, the rule has been implemented to prevent degradation of the structure. 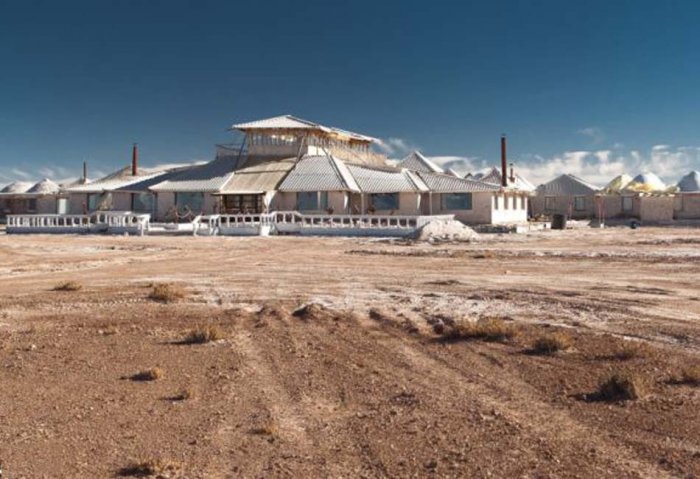