Which is Which? Things that are Outrageously Identical to Each Other

We all have that 6 degrees of separation with each other. If you're lucky, you will get to witness people, places, or even things that are cunningly similar to that of famous personalities and celebrities!

At first glance, it may look like a serious canine, but look closely and it's Russia's foremost ruler Putin. What you think is a cuddly baby is actually a Cabbage Patch Kids toy!
In this list, we will enumerate some of the most absurd and yet highly entertaining lookalikes that have ever graced the Internet! Prepare to laugh and roll!

#1 - Miley Bieber and Justin Cyrus
Miley and Justin share the limelight as the hottest and most talented celebrities of the younger generation. Aside from sharing the spotlight, they seem to share some facial pictures as well. Take out Miley's makeup, mascara, and earrings and you get Justin Bieber, but with a less gummy smile, and place Justin on top of a wrecking ball and you get a twerking machine! 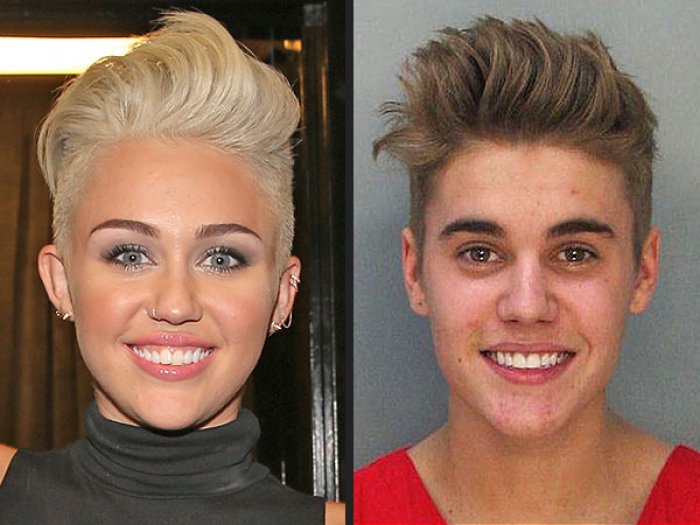 #2 - Snoop Dogg and a Sleepy Dog
If you see these two at the park, you may be asking yourself, "Who is walking who?" The resemblance between these two is just uncanny. 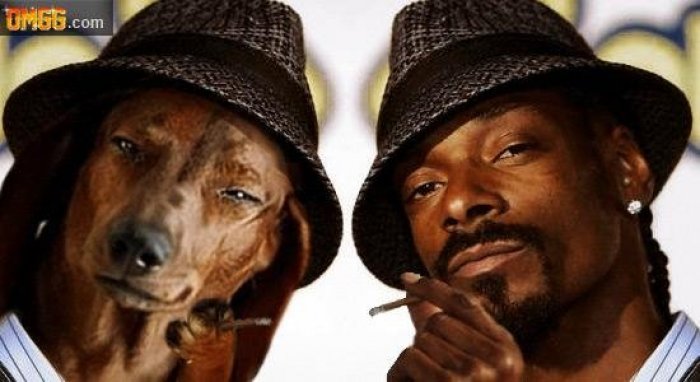 #3 - Puppies and Crispy Fried Chicken
They look hot and crispy fresh off the frying pan. Just as you were about to take one, they start on barking and biting your hands. Those aren't chicken per se, so better go straight to the kitchen and get a real set of meat your hunger. 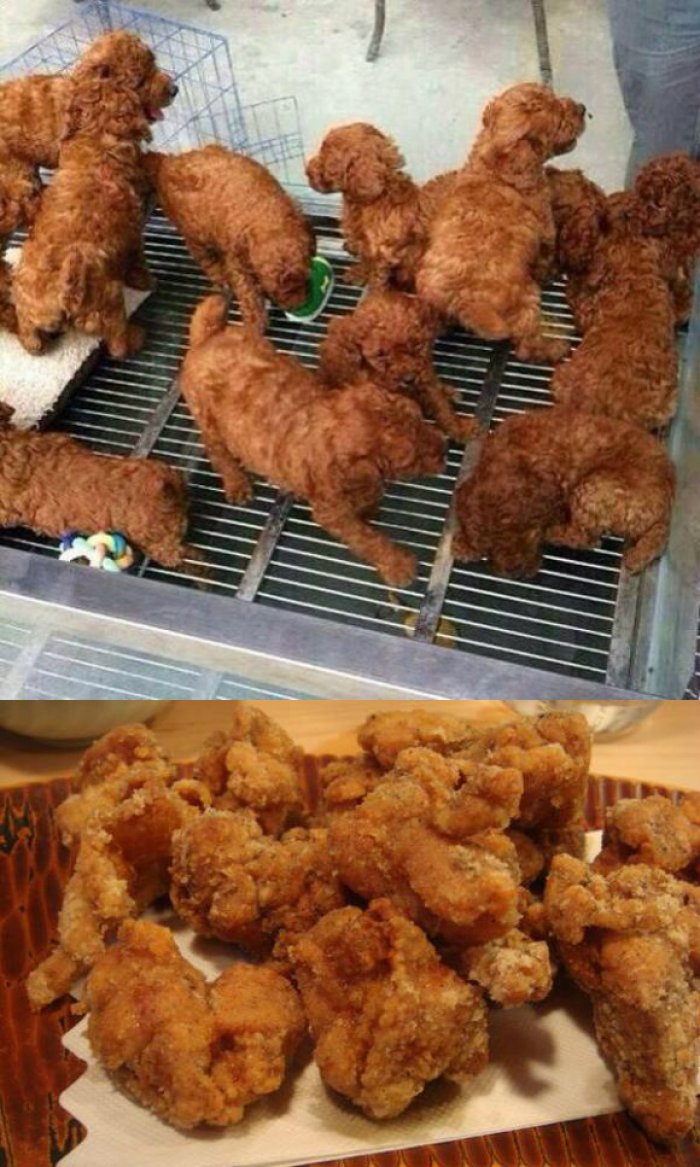 #4 - Jacob Black and an Alpaca
The Twilight producers may have to face allegations of hiring Alpaca's to play some major roles. We wonder how this Alpaca was compensated from playing the role of a werewolf. It must have been hard for it to act like a werewolf when he's actually an Alpaca. What? Okay, well I guess that's a human being. Our bad!

#5 - Justin Timberlake’s hairdo= uncooked instant noodles
Justin Timberlake has always been a cool guy, but his hair? Well, let us not talk about that. Back when JT was younger, he did sport his natural hair that which is instant ramen curly. Good thing he’s extremely talented or else the topic of conversation would always be his ramen hair. 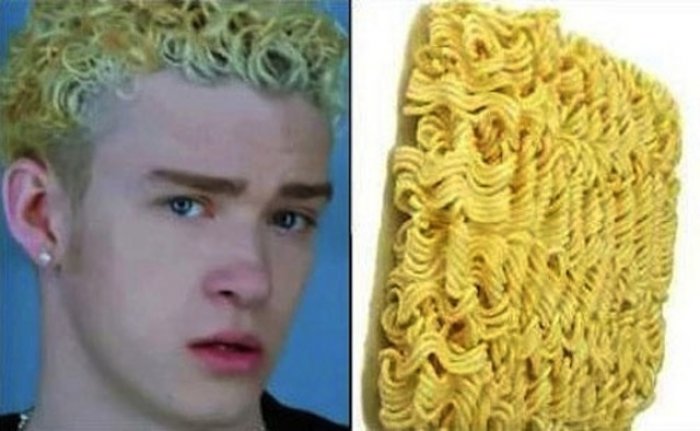 #6 - Carl from UP is real
One of the most endearing animated movies was UP. It evoked so many strong emotions, and left us with memorable characters like the old man, Carl. Who knew this was based in a true story? We all know that it’s a product of fiction, but we all would like this to come true! 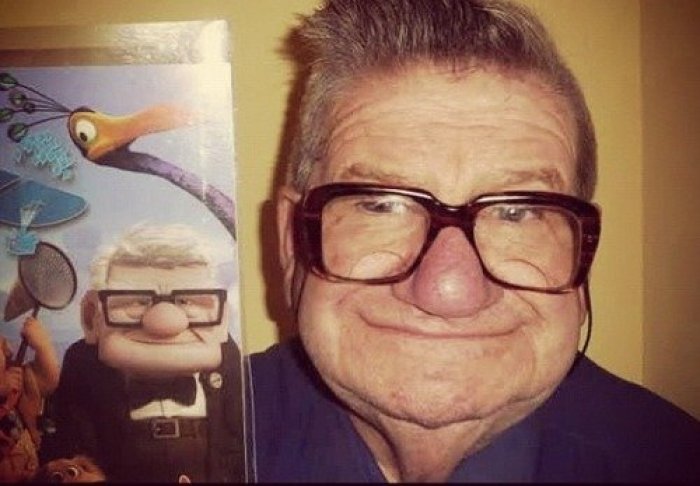 #7 - Cute baby and the Michelin Mascot
Babies boast cuddly and cute features like no other. Chubby babies are extra cute with all those bands of fat running across the upper and lower torso. It's a shame that when he grows up, he is only to end up a marshmallow-looking creature with a blue scarf on its neck. 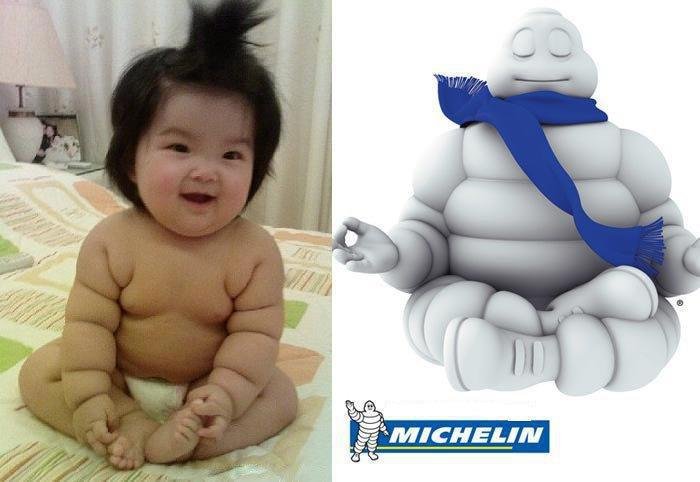