These Ten Unexplained Pictures Have Scary Stories to Tell

If a picture is worth a thousand words, then these real photos from the past could be horror movie screenplays. From paranormal activity, to aliens, to simply unexplained phenomena, these pictures will make your blood run cold. If you like scary movies, remember these pictures—you may see them in theatres soon. It just goes to show that there are some things science can’t explain…

#1 - The Unexplained Burns On This Man’s Body

Back In May 1967, a man named Stefan Michalak was exploring the woods near Falcon Lake, Manitoba, Canada. All of a sudden, two ‘cigar-shaped’ UFOs zoomed towards him. They touched down and a door slid open. He tried to cry out to the beings inside, but no one responded.
He approached the dark doorway and was struck by a powerful flash of light. The UFO began to rise and expelled hot exhaust from a vent-like structure, which he claims caused the burns to his shirt and chest, as seen in this photograph. 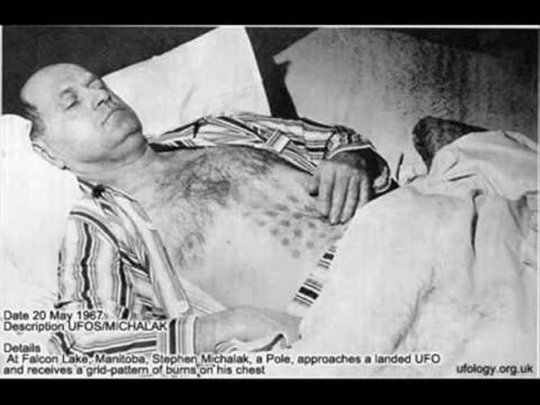 High in the Ural Mountains, a group of Soviet mountaineers were mysteriously killed in 1959. This photograph was taken by the rescuers. The evidence showed that the hikers were trying to run away, barefooted from someone—or something. The autopsy revealed that the deaths were due to hypothermia and chest fractures. One of the Mountaineers suffered several head injuries, and his most mysteriously of all, his tongue was torn out. The most telling factor that leads theorists to consider aliens the cause: clothes worn by the hikers were found to be radioactive. 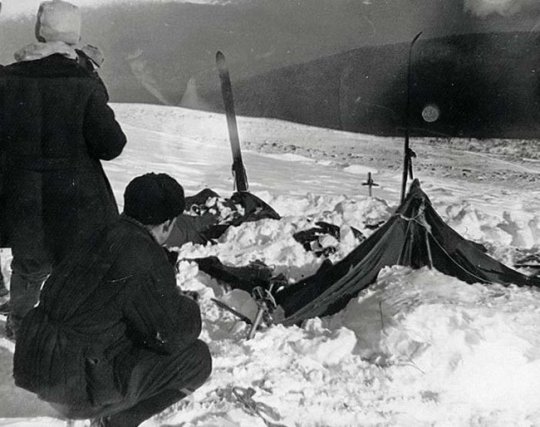 #3 - What is the Black Knight Satellite?

This ominous photo was captured during an American space shuttle mission to the International Space Station in 1998. It clearly shows a dark object that has been orbiting Earth for at least 13,000 years. No one knows how the satellite got there, no one can determine its purpose. My guess? Alien technology. 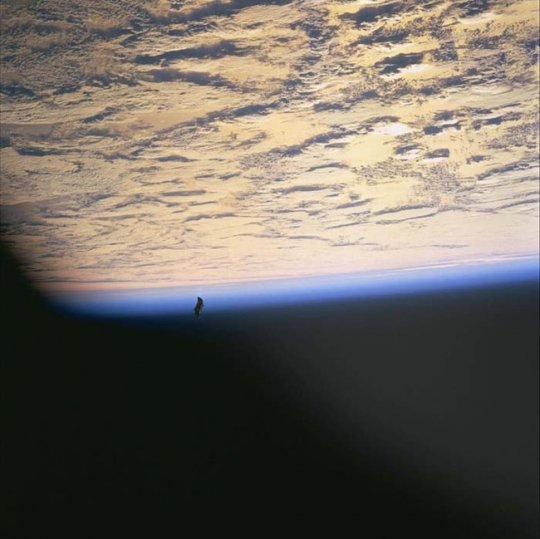 #4 - This Photo That Proves Time Travel is Real

This picture looks like any other picture taken from the 40’s. But, if you look closer, you’ll see a man wearing what looks like a bit too modern clothing, and is also holding an advanced DSLR or film camera—which of course was not invented at the time. The theory? This man is a time traveler caught in an unexpected photo. Now that’s ironic-and creepy. 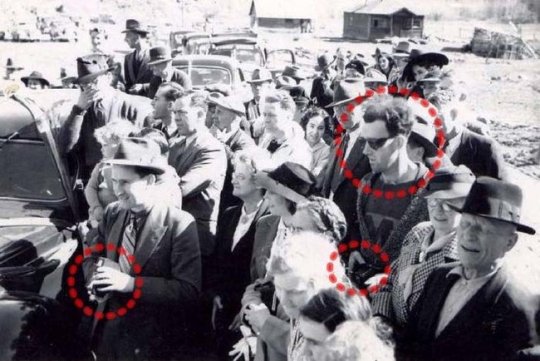 #5 - This Famous Photo of Aliens Over Phoenix

In 1997, a sequence of hovering, spooky lights mysteriously appeared in the night sky over Phoenix in Arizona. The lights (or UFO’s) stayed there, completely motionless, for hours. Many people thought that the Earth was under alien attack, or worse. Reports explained that the Air Force claimed to have been using the lights as a part of a ‘training exercise’. That sounds like a convenient explanation. The lights soon reappeared in 2007 and again in 2008. What do you think? 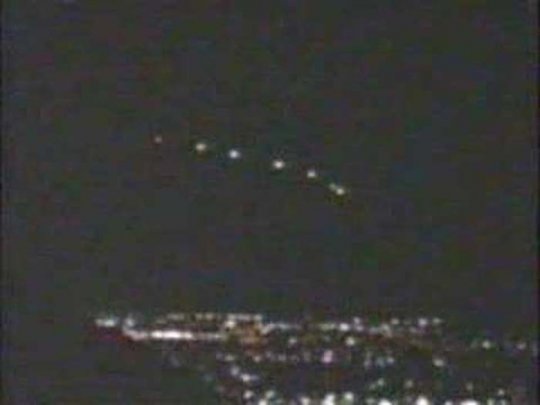 #6 - Astronaut Ghost Behind this Innocent Girl

Templeton did not notice anyone around in the area while taking his daughter's photograph. Later, when the photo was developed, the film seemed to show that the family was not alone that day: it appeared as if there was an astronaut standing on the grass behind her. What could an invisible alien do to an innocent family? 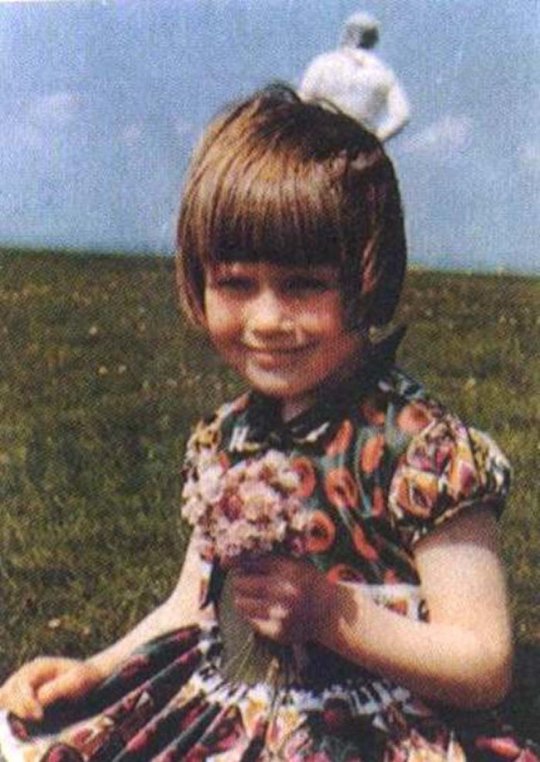 Count the hands: you will see an extra hand giving a thumbs up beside the head of the guy in black t-shirt. I don’t think it could be the boy on the far left—the angles are wrong. None of the boys knew whose thumb this could have been. Was it a serial killer? Maybe. Was it one of their buddies goofing off? That seems more likely. 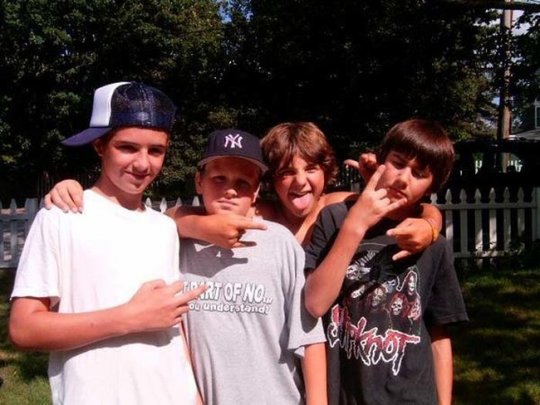 #8 - The unexplained photograph of Edna Cintron

Look in the bottom right hand corner of this famous 9/11 photo. The photograph is of the gaping hole in South Tower of the World Trade Center. How Edna survived the initial impact of the plane with WTC is still a mystery. A massive passenger jet exploded into this building, killing thousands. I don’t know whether to call this sad story lucky or unlucky. 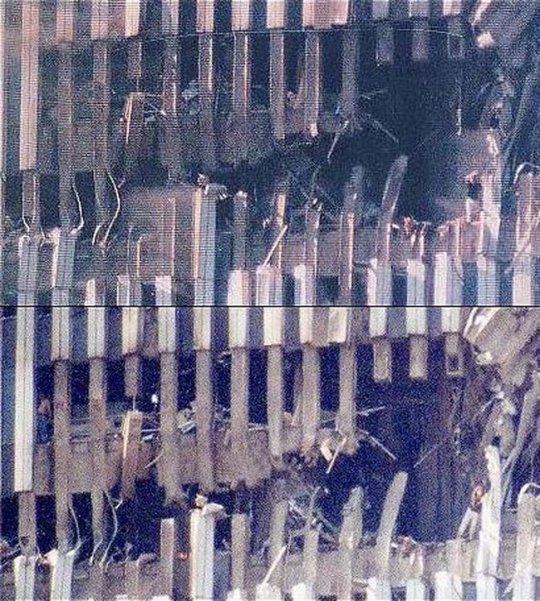 #9 - This Medieval Painter That Included a UFO

In this religious artifact, the centre of attraction of the picture is Mary, but if you look closely towards her left shoulder, there is a weird looking elliptical object. It looks like a UFO and there is even a man with a dog gazing at it. Why would a painter include this object, if he had no reason to? This painting raises more questions than it seemingly answers. 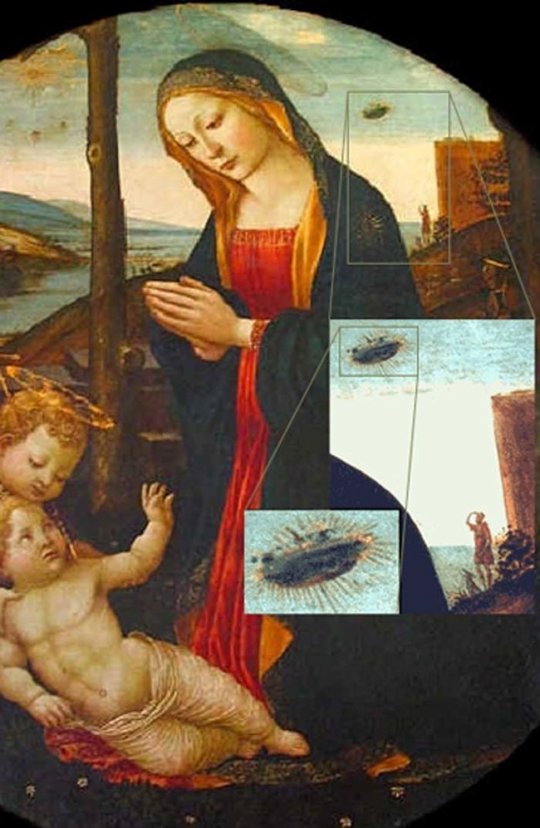 The FBI and CIA meticulously studied footage of the JFK assassination to gain any clue they could. This woman, tagged by FBI as the Babushka lady, was standing very close to John F. Kennedy during his assassination in 1963. Eyewitnesses reported that the woman recorded the entire event. She could have answered several critical questions, but apparently, the FBI was never able to find her. No one knows a thing about the woman in the brown coat. 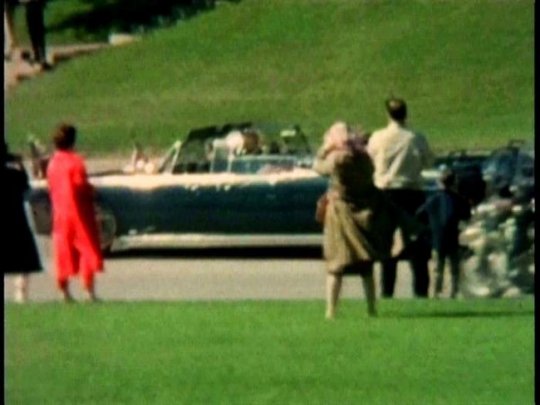