Since tattoos are permanent, you would hope that everyone who puts one on their body would think through their decision carefully. You would also think they would proofread their work. But these ten pictures prove that all too often, this isn't the case, resulting in some hilariously bad tattoos.

#1 - This probably isn’t an accurate picture
When this little girl grows up and sees this tattoo on her father’s shoulder, we’re guessing she’s not going to be too happy with him. This definitely isn’t how we would want to be remembered. 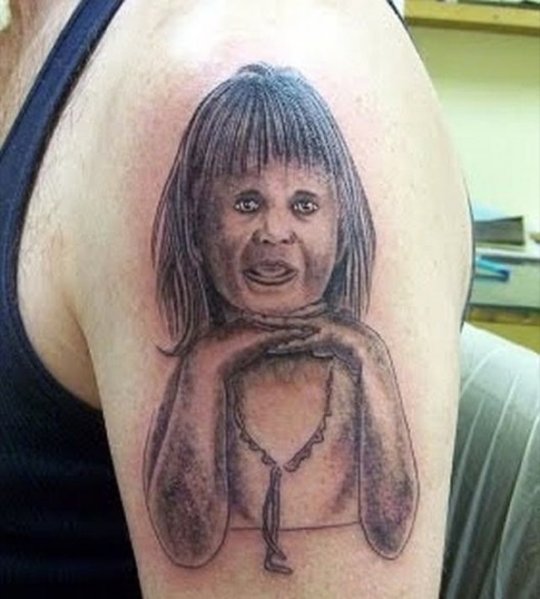 #2 - An unsolvable puzzle
As Christopher helpfully points out, this girl’s tattoo makes no logical sense. She’ll have to keep getting pieces tattooed until she’s created a whole puzzle. 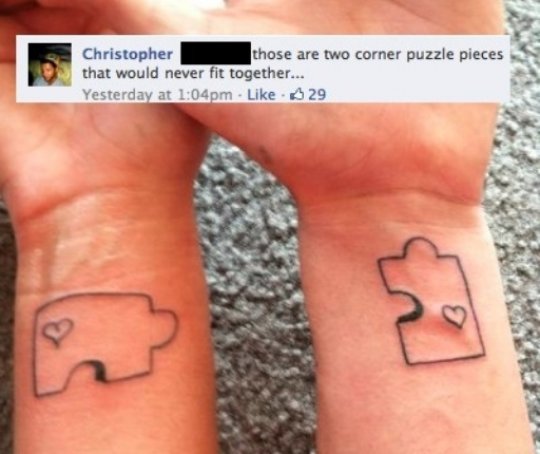 #3 - Hopefully he remembers to floss too
All dentists agree: this is a bad tattoo. It does have a good message, though, so it gets some points for that.

#4 - Maybe her name is babby?
This tattoo belongs in the category of ‘words that are spelled wrong.’ This is a particularly bad example of tha since ‘baby’ isn’t exactly hard to spell. This tattoo is one of the reasons that tattoo removal exists. 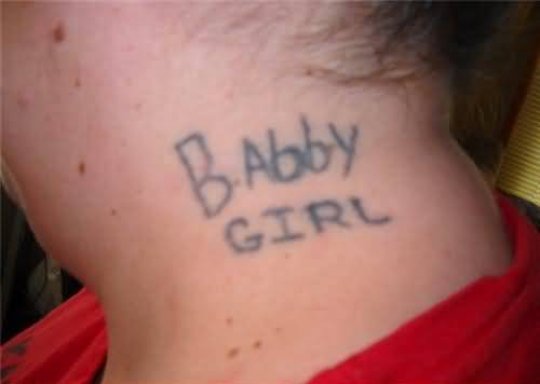 #5 - Looks like he ate too many Scooby snacks
Scooby Doo is looking a little shabby in this tattoo. If this guy decides to get the rest of the Scooby gang tattooed on him, he’ll probably go to another artist. 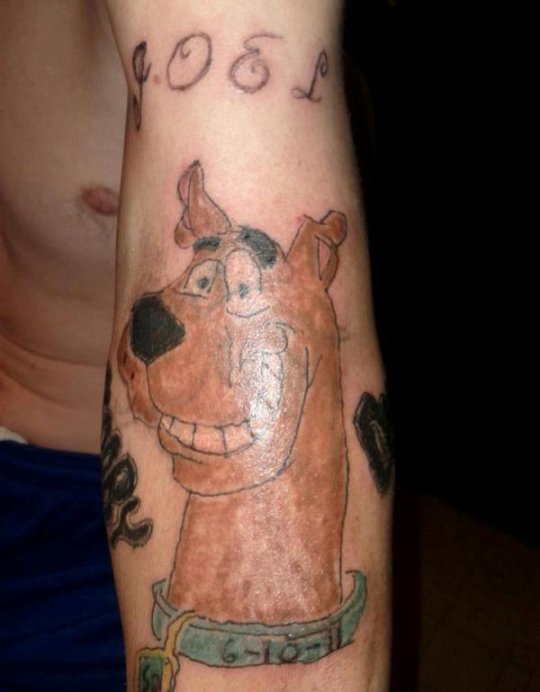 #6 - A tattoo that was outdated within a week
This tattoo shows why you shouldn’t get a tattoo that commemorates an internet fad. The tattoo may have been cool for a couple of days, but in a few years nobody will even know what it means anymore. 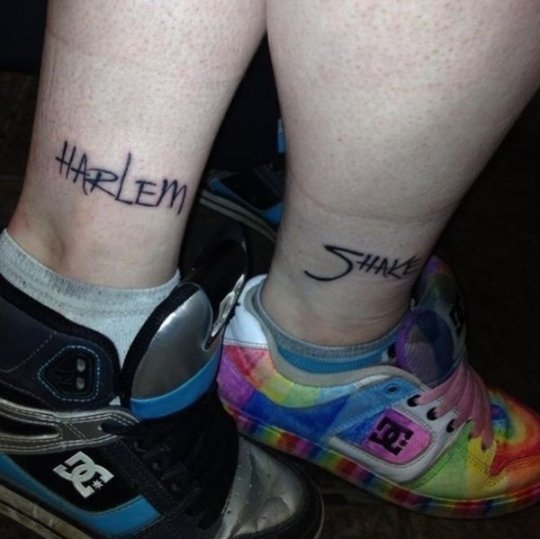 #7 - A checkered disaster
This is an interesting idea for a tattoo, but it isn’t exactly practical. The good news is he can play checkers or chess anytime he wants—his face will serve as the perfect board. 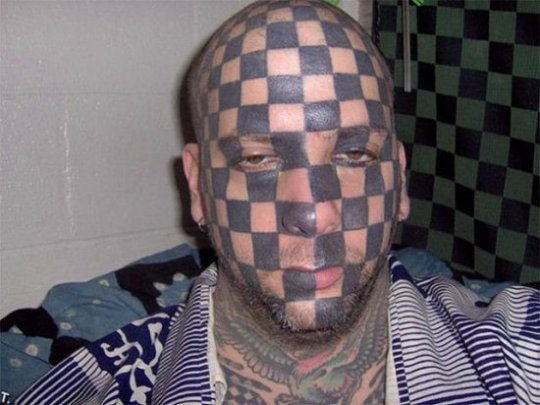 #8 - Mama’s not going to appreciate this
The idea behind this tattoo was a nice one, but the execution did not go so well. We’re guessing the tattoo artist is to blame for this failed image. 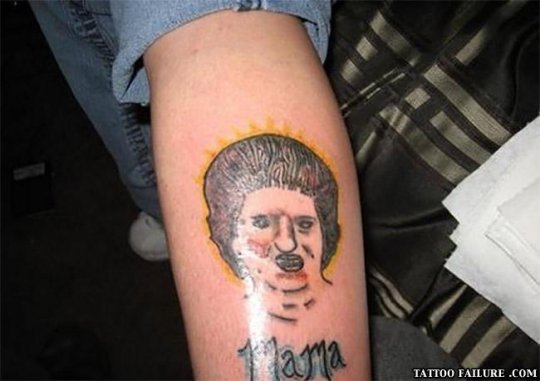 #9 - A permanent selfie
This girl must have taken hundreds of selfies before deciding on this one. Hopefully she didn’t take a selfie she liked better right after getting the tattoo.

#10 - Well, at least they admit it
This may be the most honest tattoo we’ve ever seen. Still, in a few years this person will probably add this tattoo to their long, long list of bad decisions they’ve made in their life. 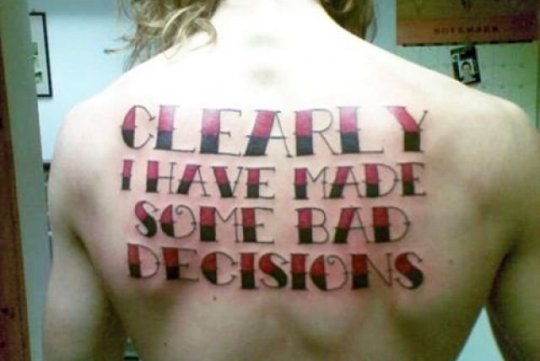