Hurricane Harvey damaged all in its path. It displaced humans, animals, and even sea creatures. Preeti Desai, of the National Audubon Society, went to assess the damage. She found a bizarre decaying fish on a Texas City beach and was unable to identify it. “On first glance it looked like something from the deep sea to me." Said Preeti Desai.

#1 - What exactly is this bizarre creature?

It appeared to be eyeless, and had a mouth of razor sharp teeth, and a large cylindrical body. But she had absolutely no idea what the thing actually was.

The mystery was still unsolved, but she kept investigating... 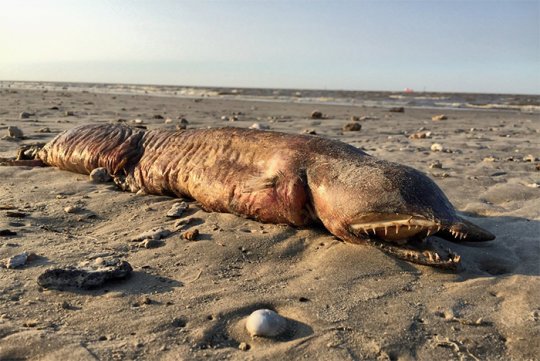 #2 - Not something that you’d typically see on a beach

Preeti Desai, of the National Audubon Society told BBC that it was ‘completely unexpected’, and ‘not something that you’d typically see on a beach.’ She also said that her primary reaction was ‘curiosity, to figure out what the heck it was.’... 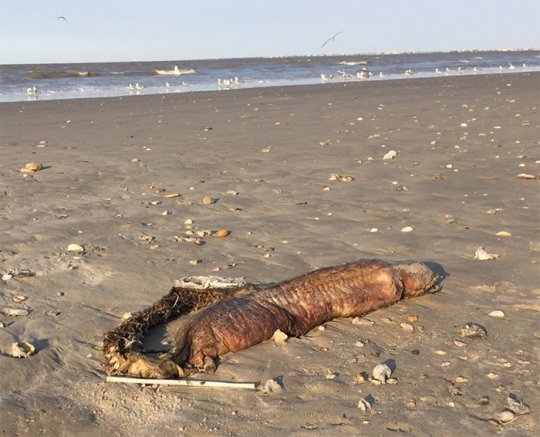 She took some more photos and posted them on Twitter, asking for help. She said that there’s a great community of scientists and researchers on Twitter. She asked if they could identify the creature...

#4 - At first it seemed like they would not be able to solve what the creature was.

Twitter users responded in a variety of ways. Some were scared. Some were intrigued. Some made jokes. But most of them had no idea what the creature was... 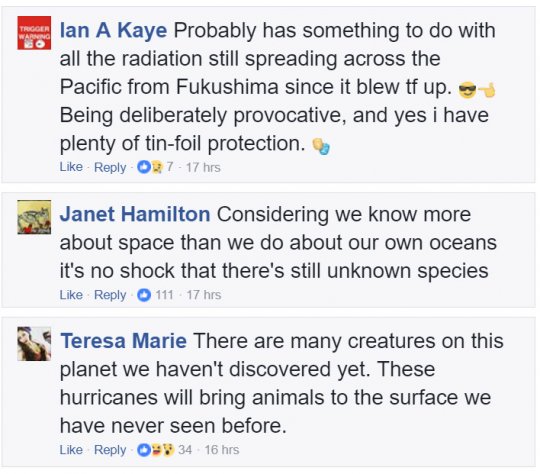 #5 - But finally Dr Kenneth Tighe comes to the rescue

Dr Kenneth Tighe, a biologist responded that the creature was likely a fangtooth snake-eel, but it may be a garden, or a conger eel. All three species can be found off Texas, and all three have large fanged teeth. The fangtooth snake-eel is also called the tusky eel, and is most often found in waters between 30 and 90 metres in depth in the western Atlantic ocean. 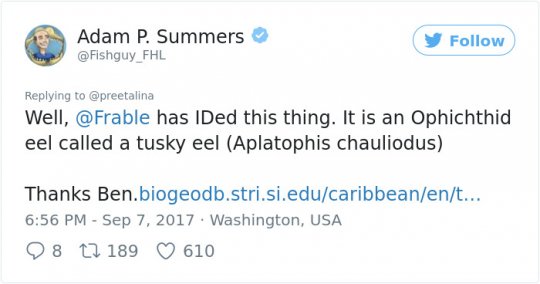