There are so many things in your life that will change when your status goes from Single to Dating. When you’re dating, there’s another person to think about and things don't always go your way. Sometimes it feels like the entire world has an entirely different view of your persona when dating compared to being single. There’s many differences, like your home life, your lifestyle, your finances and so on. The following pictures will highlight these differences hilariously perfect, but which group do you relate more?

#1 - Phone calls when Single VS Dating

Single people’s phone calls are concise. You have information to impart to the other person, you tell them what you need to and then you hang up. People in a relationship want to talk to their significant other, for hours. It doesn’t matter what you talk about, you just want to talk to them. This is absolutely another one I’m guilty of. I wonder if Verizon, AT&T or Sprint has a data plan for dating people, because those so called "unlimited" plans might become sluggish after all the video calling with bae. 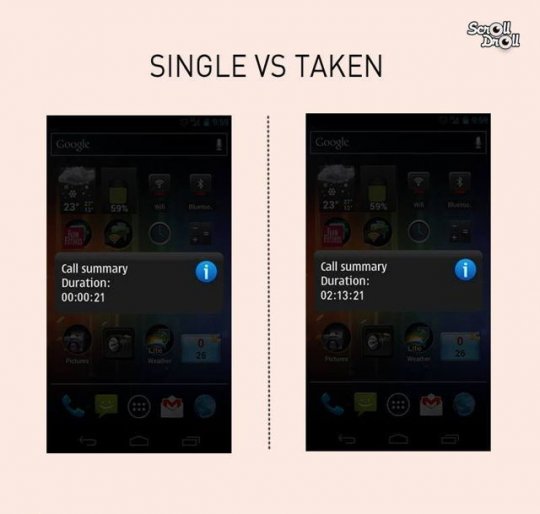 #2 - Driving when Single VS Dating

When you’re single, you can do what you want, when you want and how you want. You drive at whatever speed you want. When you’re in a relationship, there’s another person in your car telling you how to drive, and warning you to slow down. I’m definitely guilty of reminding my partner that we’re not in Nascar. 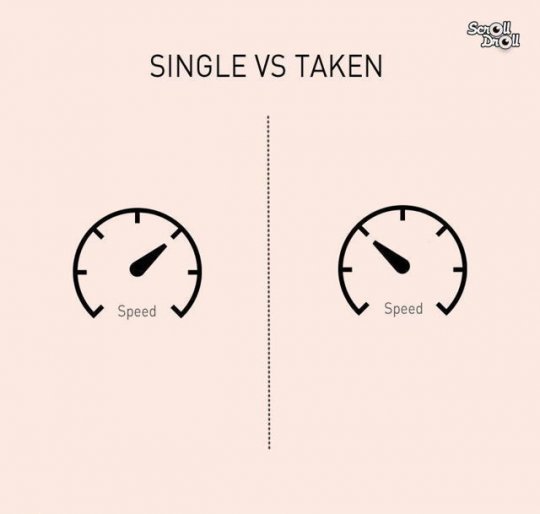 Why is it that when you’re single, there’s no potential dating prospects, but as soon as you’re in a relationship, there’s a whole parade of potential partners, just walking right by you and your partner? 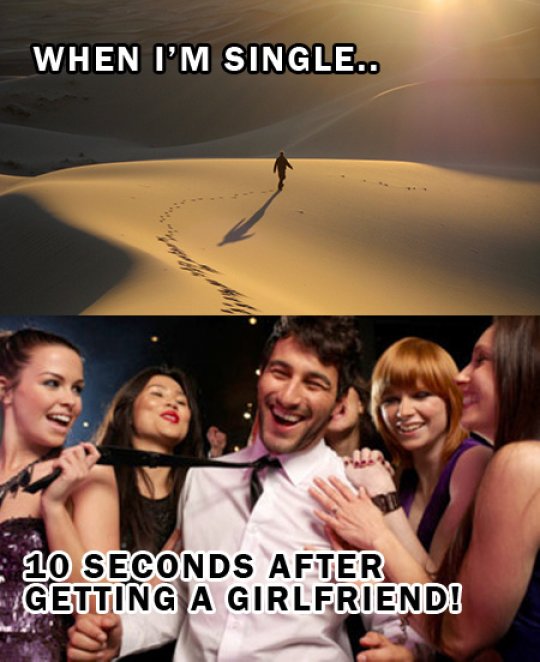 #4 - Taking care of things when Dating VS Single

You seem to have a lot more time on your hands, so you can afford to become obsessive about things like mowing your lawn, but when you’re in a relationship, the whole garden could become an overgrown jungle, and you may not even notice. I’m actively embarrassed by the overgrowth in my garden. 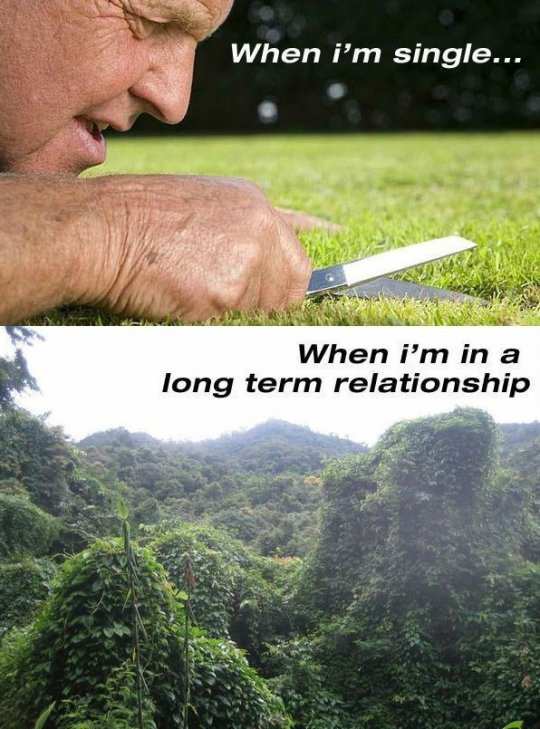 #5 - The role of Food when you are Single VS Dating

When you’re single, food is simply for sustenance. And three day old leftovers are absolutely fine to eat, as long as they pass the sniff test. When you’re in a relationship, food is an event. It’s a date, and only incredible food will do.

Shopping when you’re single is a strike mission. You only go to the shops you need to go to, and you only buy what you need to buy. In a relationship, shopping becomes an activity. You go into every shop, and you end up with way more stuff than two people could ever need.

#7 - What happens to friends when Single VS Dating

You might not spend quite so much time with your friends because you’re with your significant other. Sometimes though, your friends really like your partner, and they become part of your group. This is good, because when partners and friends don’t like each other, it becomes very awkward very quickly! 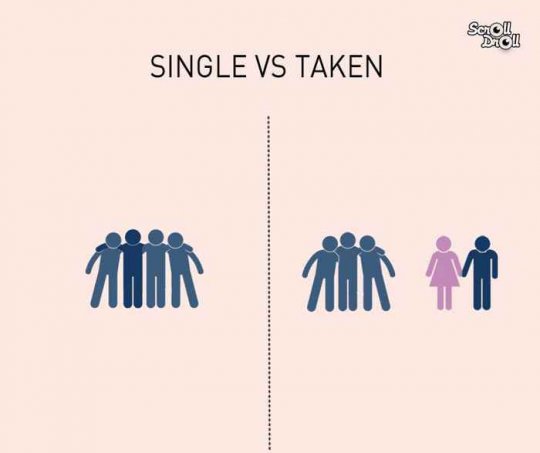 #8 - Everything Combined Single VS Dating

In fact this list pretty much sums up all the changes that happen in your life when you go from being a party of one, to part of a couple. It takes some getting used to, especially the sharing the TV remote part! 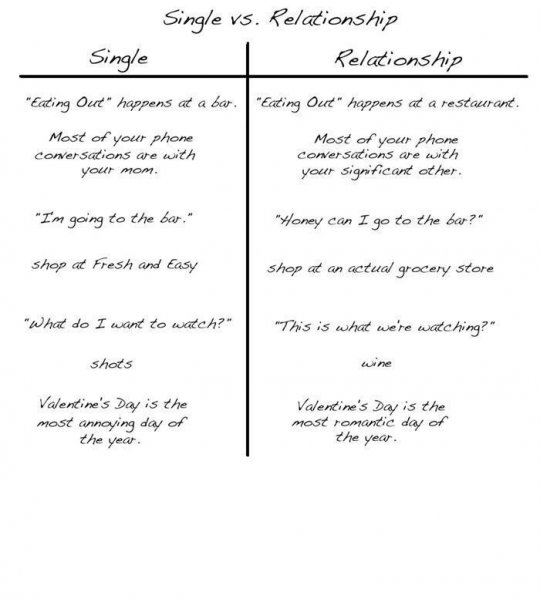