With His Dying Breath, He Saved Her Life. His Story Will Move You to Tears.

Roseburg, OR. It’s a small city with a population of just under 22,000 in the Umpqua River Valley in Southern Oregon. As a beautiful rural community with a view of the Cascades, it’s the last place you’d expect tragedy to strike. But on October 1st this year, 26-year old student Christopher Harper-Mercer stormed into class in Umpqua Community College and shot nine of his fellow students dead.

Amid the heartbreak and darkness however, there have been glimpses of light: heroism in the face of evil, bravery in the face of certain death. Many of us have heard the story of Army veteran Chris Mintz, who was shot seven times rescuing students from the gunman.

But 18-year-old Lacey Scroggins has a story of heroism that you probably don’t know.

#1 - Lacey Scroggins is a pastor’s daughter with big dreams. On graduating from high school, she enrolls in Umpqua Community College to study nursing. Her dream is to one day become a surgeon who can save lives. She is excited to begin her college studies and take the first steps along her pat toward helping others. 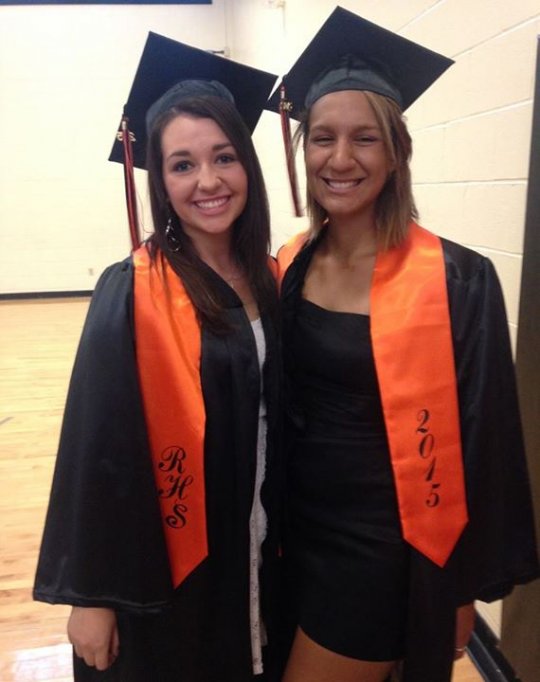 #2 - Lacey studies hard to reach her dreams, but on her free time, she loves watching football (she’s a big fan of the Oregon Ducks) and enjoys listening to Carrie Underwood. Her faith means a lot to her and she loves going to church. Here you can see her with her beloved adopted horse, Tucker, who has been with her since he was just a little foal. 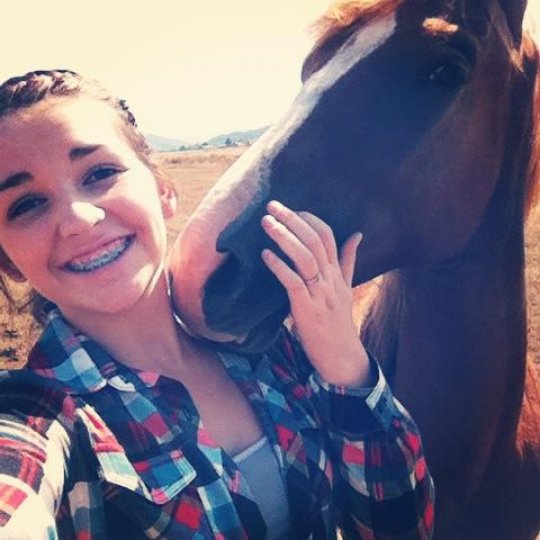 #3 - While Lacey dreams of becoming a surgeon, she is already helping others in any way she can. As a volunteer at the Bonaventure Senior Living Center, she works with senior citizens to organize activities and offer companionship, giving selflessly of her time. 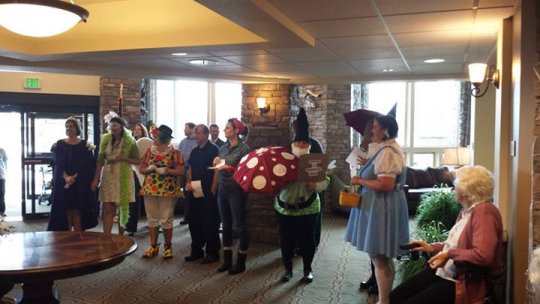 #4 - In this picture, you can see just how happy Lacey is with the life she’s building for herself. Lacey is a member of a wonderful rural community. She has a family that loves her, and she has so much love to give to others. 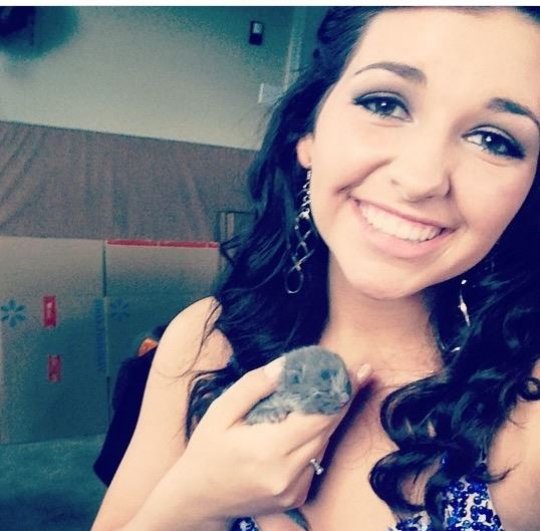 #5 - It’s only the fourth day of school. Lacey is sitting in her creative writing class, excited for her first year at Umpqua Community College. Suddenly, she hears a terrifying bang. Seconds later, Chris Harper-Mercer charges into the room and fires a few shots at the ceiling. He orders everyone to lie down on the ground.

#6 - Harper-Mercer begins interrogating students. When they tell him they are Christians, he shoots them. He also shoots students who try to reason with him, defend themselves, or escape. One man is ordered forward and told he is the “lucky one,” and is given a flash drive with Harper-Mercer’s manifesto to hand over to the cops.

Through it all, Lacey listens, terrified, wondering if she is next. Then a deafening bang sounds right next to her. 20-year-old Treven Anspach, Lacey’s former high school classmate, has been shot. 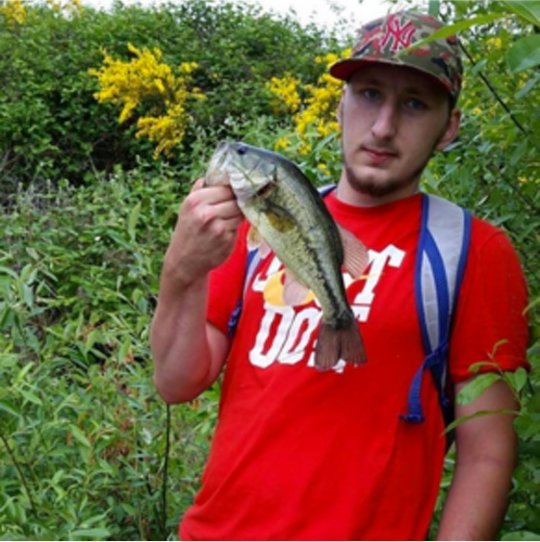 #7 - Lacey’s father, pastor Randy Scroggins describes what happened next. “She felt the weight of his body on her. She opened her eyes and he was lying in the same direction as her, a little bit ahead of her. Then she saw his blood coming under her arms. She heard a gurgling sound coming from his throat and felt him move closer to her to cover her.” 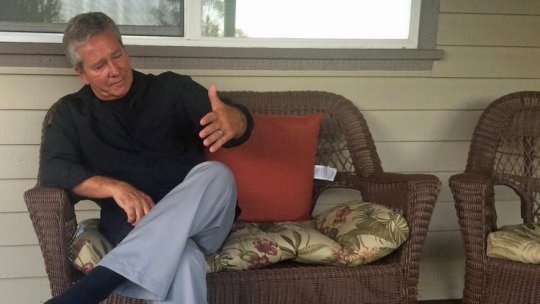 #8 - Harper-Mercer asks Lacey to get up, but she doesn’t move. He then asks another student, “Is she dead?”

“I don’t know,” the student replies.

Harper-Mercer, seeing Treven’s blood and believing it is Lacey’s, passes her by. Stepping over her, he shoots another student.

“The blood of that boy, Treven, saved my daughter’s life,” Lacey’s father explains later. “I know that as well as I know that I’m sitting here. He will always be the Scroggins’ hero.”

Lacey Scroggins is alive today because Treven gave his last, dying ounce of energy to protect her. In death, he was able to give her the gift of life. 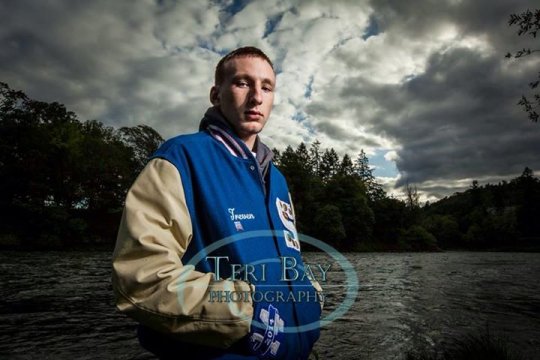 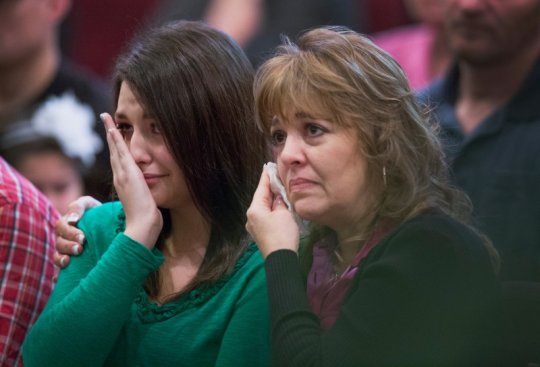 #10 - Since the terrible events of October 1st at Umpqua Community College, Lacey has done her best to return to an ordinary life, spending time with her family and friends. She knows that to honor Treven’s memory, she has to move forward. Treven gave her the ultimate gift: her life. She is determined to live it to its fullest. 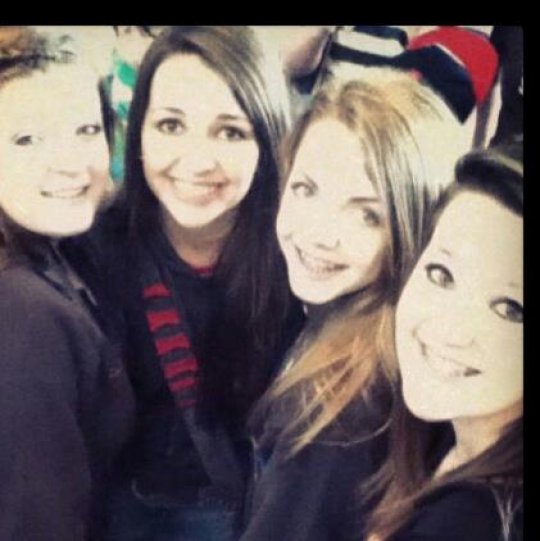 #11 - That is why Lacey will return to class and will continue to pursue her dreams of becoming a surgeon. She will never let her fears stand in her way. She is now more determined than ever to save lives.

Treven’s courageous act is one that will live on and on through Lacey and all the lives she touches. If this story touched your heart, lifted you up, inspired you, or made you weep, then pass it on. With his last breath, Treven gave Lacey another sunrise. Treven’s selfless act reminds us that no matter how dark the moment, even if you are losing everything, there is always something you can do to help a fellow human being. Help us share Treven’s incredible story so that his great courage will echo forever and continue to inspire others to selfless acts! 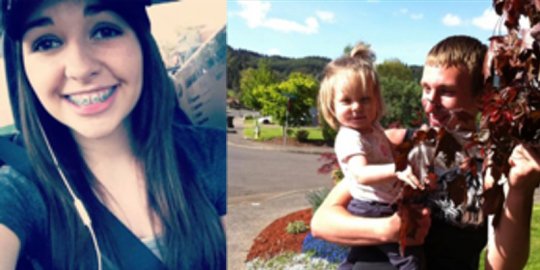