Ever have one of those really bad days? A day where it feels like you’re just incapable of handling even the simplest of tasks, while everyone else around you is cruising through life on autopilot? Fear not, my friends—the secret truth of the matter is that everyone is faking it. We’re all just stumbling through life, flailing and trying to look like we’re handling things. Need some proof? Take a look at these guys.

We’ve all done this—pretending we’ve gotten a message, and that our sudden change of direction isn’t the random decision making of a madman at all, but done with a very real and important reason! Surely, looking at an imaginary text and pretending that it’s giving us important messages is less crazy than just acting like a normal human being, right? 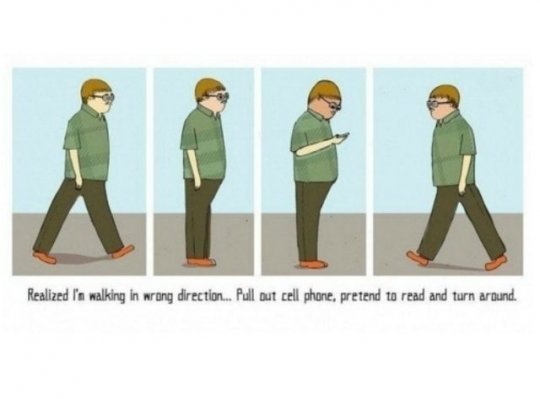 Whenever I get a plant, it dies in a few days—I have whatever the opposite of a green thumb would be. This poor person thought they were doing much better, and were spreading life in their apartment. They failed to get to the root of the problem. 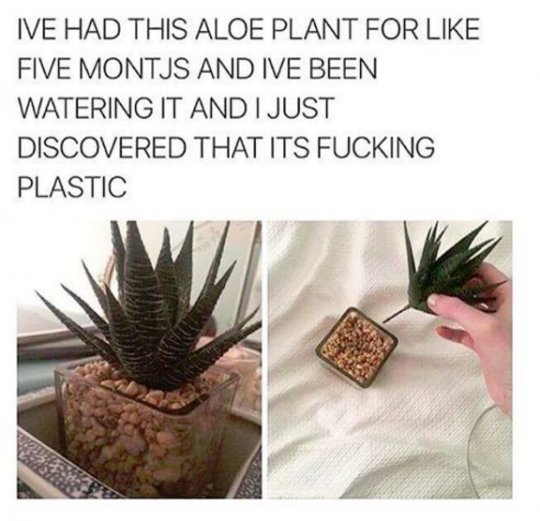 Oh, sure, it’s rude to not pay attention to your text messages, but when I send a simple reply a little bit later, that’s taking too long? If you can’t remember what you were going to talk to me about after a little matter of two years, it can’t have been that important, can it? 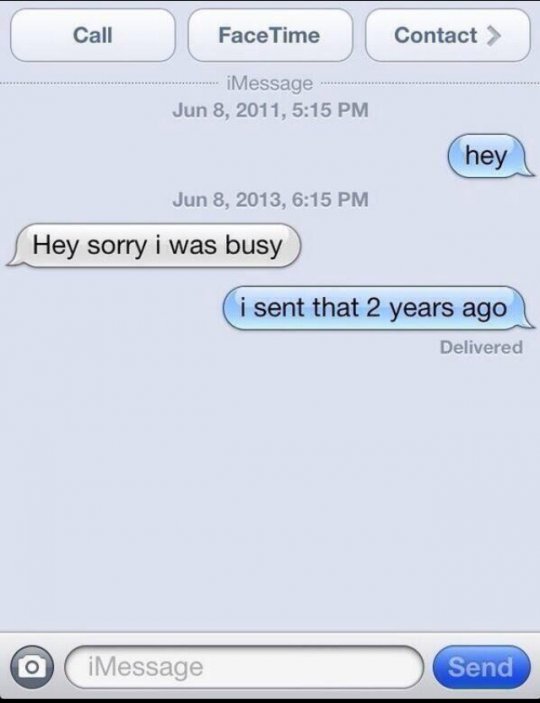 How dare people I don’t know use parts of the house I’m sharing with someone? I might have to introduce myself and get into a conversation and all sorts of horrible things. I’m not prepared for this at all. Just going to hide up here and hope no one attempts to engage me in any way. 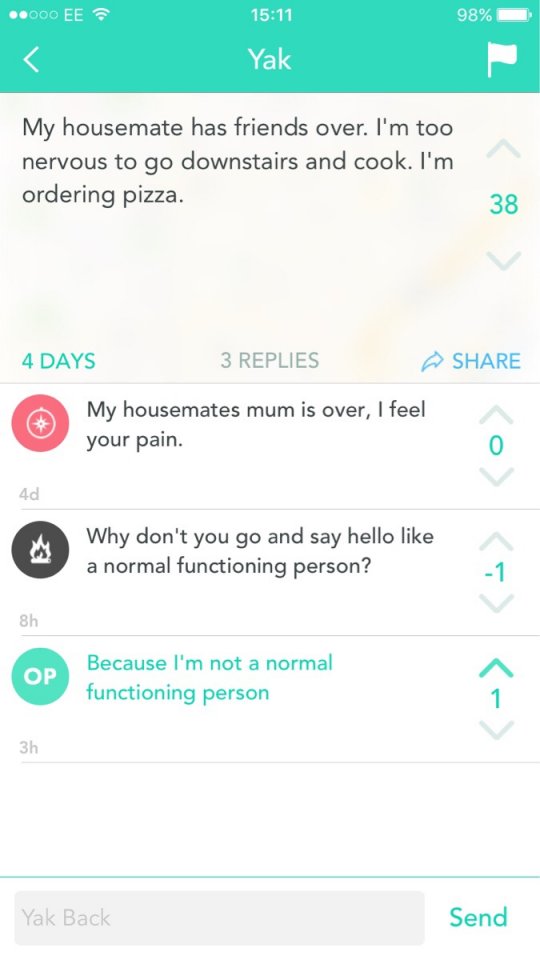 I’m 99 percent sure I can’t be the head of a household unless I actually have my proverbial shit together. This doesn’t feel like the sort of situation that can be inherited by default. I therefore proclaim the seat of “head of household” to be vacant until I have a better idea what’s going with my life.

#6 - Time keeps on slippin’ into the future. 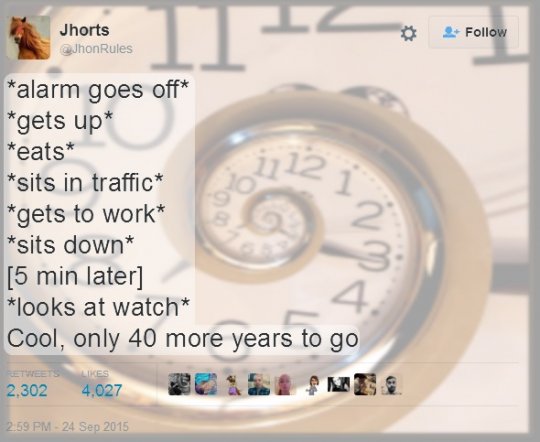 #7 - Missed opportunities come back to bite you.

Well, it’s not like he missed anything important, right? Just the most powerful man in the world calling to compliment him on his victory…I mean, that must happen every day. I’m sure he’ll call back eventually… 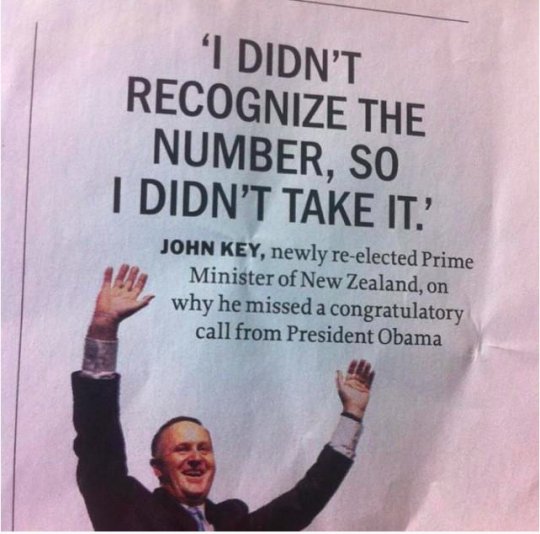 Alright, maybe we’re not all the prime minister of New Zealand or getting congratulatory phone calls from important people. That’s alright; it’s the little victories in life that propel us forward, yeah? Take your sarcastic attitude elsewhere; I feel like we’ve accomplished something here. After all, it’s not my fault the internet is most interesting at three in the morning. 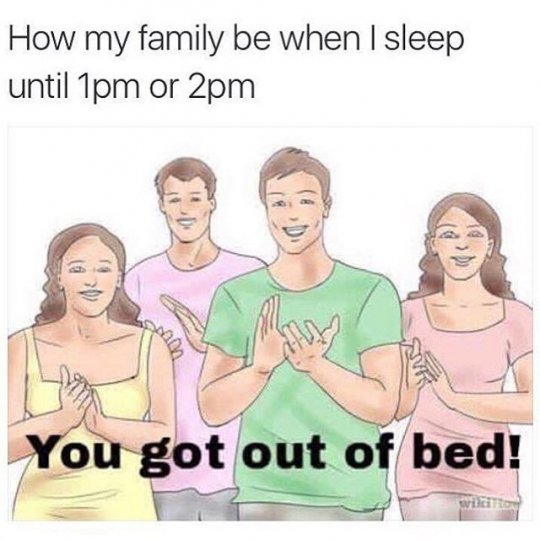 Some say it’s a curse. Some say it’s a blessing. I just consider it my own little superpower—faster than a spreading rumor, more powerful than crippling anxiety, able to jump to wrong conclusions in a single bound. 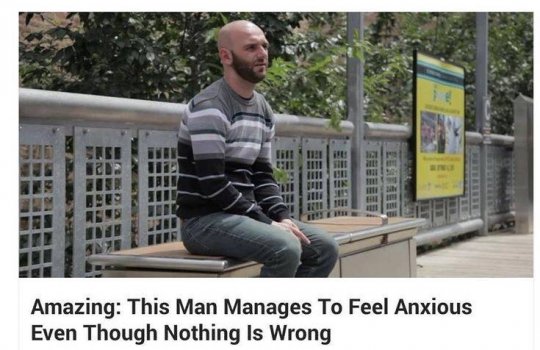