Kate Leth is a Canadian comic book artist, and her artwork ‘Double Standards’ has gone viral. She illustrates perfect examples of the double standards in today’s society. Our society has changed and evolved over the years, however, there are still some double standards that remain present.

#1 - Women Need To Be Ladylike And Modest

Men are willing to scratch wherever they need to in public. They pick their noses in public. Nobody says anything or even gives them a second glance. If a woman were to scratch her breast in public, she opens herself up to comments and looks from strangers. 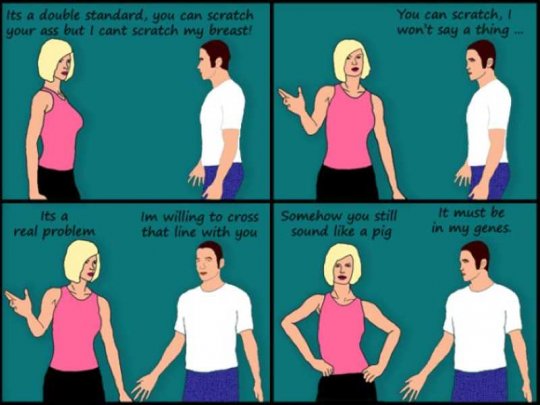 The rich and powerful do. They always have done, and they probably always will. That’s why there’s one rule for them, and another for the rest of us. 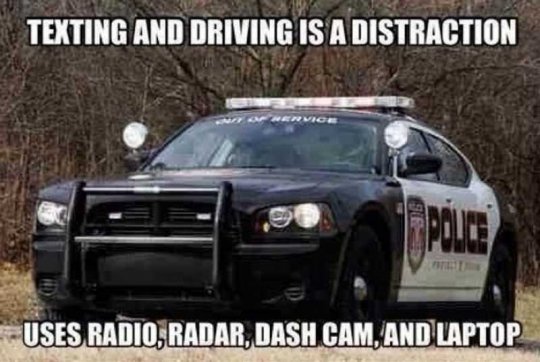 There’s pretty much an emoji for everything. We rarely need to type words when we text; we can convey an entire message with a series of pictograms. However, our ideas on what these pictograms mean can change depending on who sent the text. 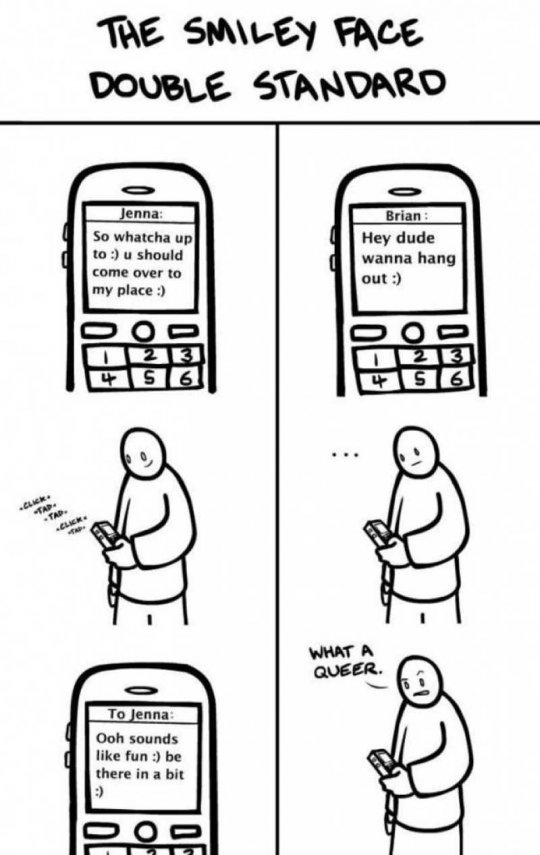 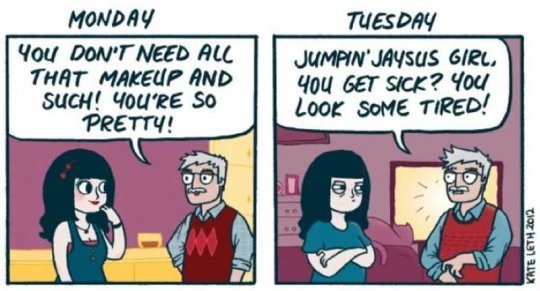 #5 - Making Things Favorable To Your Point Of View

Every group in society will want a situation to reflect them favorably. Civilian people caught up in a riot are innocent victims, but civilian people who are caught in a war are simply casualties of war. 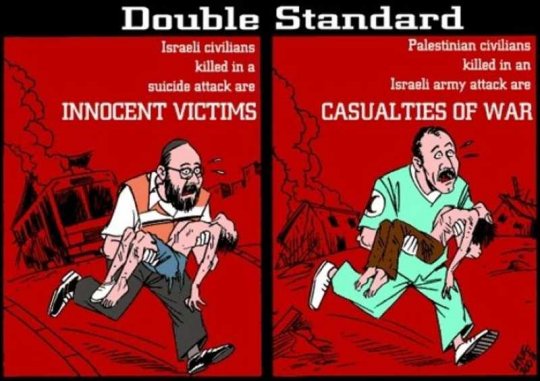 People will always feel the need to comment when they see a young, slim woman with an overweight man. He’s a loser, a creep, she needs to be with someone better suited for her. When the situation is reversed, and the woman is overweight then she gets encouragement, and well wishes. 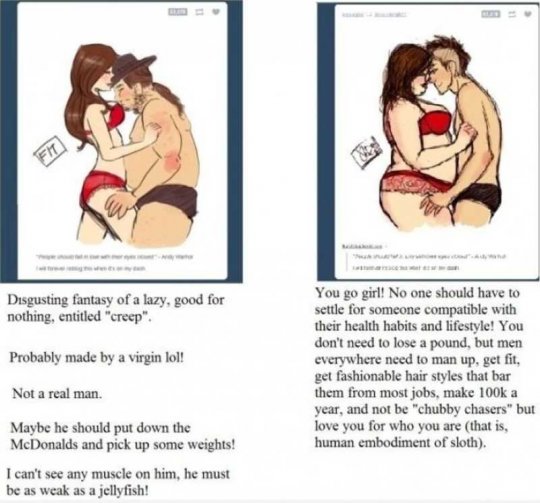 Gender bias is a serious issue in our society. It’s perfectly acceptable for a group of women to chase, or drool over a hot guy, but when a group of guys behave the same way to an attractive woman, they’re predators. 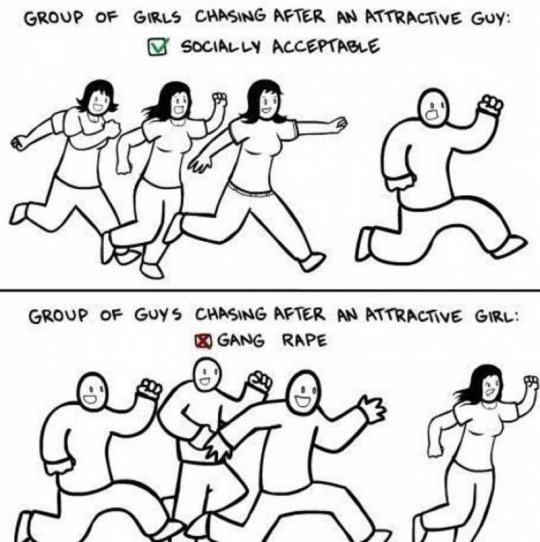 This image shows that we haven’t really moved on. There’s still problems in marriage equality. Now that inter-racial marriage isn’t as widely opposed as it used to be, people are opposing gay marriage instead. 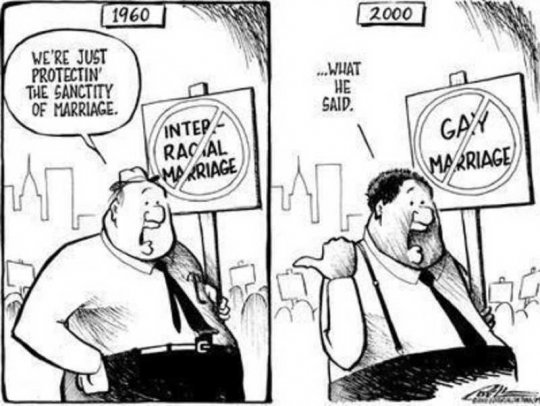 Sex is one of the biggest double standards today. If a woman is sexually active, and in control of her sexuality, she must be a slut. When a man does the exact same thing, he is a hero among his friends. 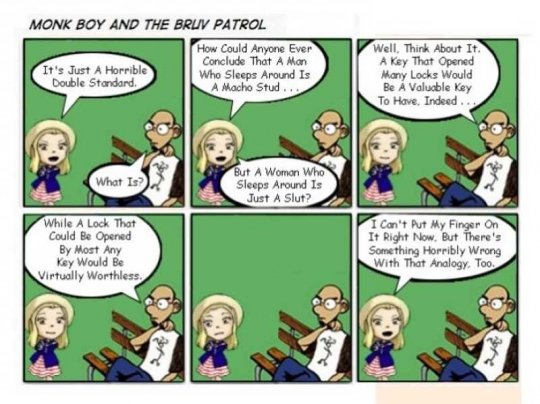