Many people dream of setting some sort of world record, but they probably never even thought of trying to attempt one of these odd feats. Here are eight of the strangest world records ever accomplished.

#1 - The most spears caught underwater from a two meter distance in a minute
This world record’s title is a bit of a mouthful. We’re pretty sure Anthony Kelly’s record isn’t going to be challenged anytime soon. 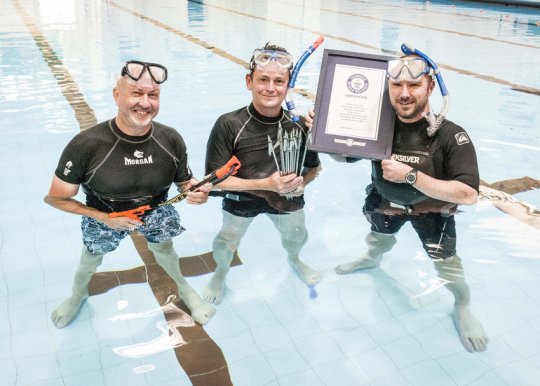 #2 - Most violins played at once
Oleksandr Bozhyk set this record when he played four violins at once. The record doesn’t specify that he had to play well, so for all we know, he just plucked at strings randomly and called it a day.

#3 - Most toilet seats broken by a head in one minute
Kevin Shelley set this record when he broke 46 toilet seats on his head in just under a minute. Afterwards, he probably set the record for the worst headache ever. 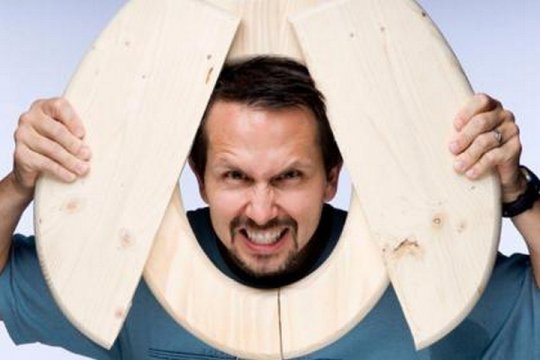 #4 - Fastest 100 meter run on all fours
Katsumi Tamakoshi set this record, running 100 meters in 15.86 seconds. Tamakoshi will definitely never have to worry about lifting weights at the gym. His unusual way of running is the only bicep workout he needs. 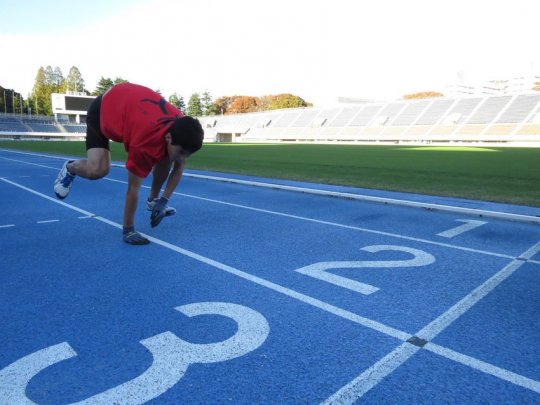 #5 - Most watermelons cut on a stomach in a minute
The current record holders are Jim Hunter, who did the cutting, and Celia Curtis, who provided the stomach. One thing’s for sure: these two seriously trust each other.

#6 - World’s longest tongue
Unlike many of the entries on this list, Nick Stoeberl didn’t actually have to do anything to achieve his record—he was just born with it. His tongue is a whopping 3.97 inches long. He certainly doesn’t have any trouble touching his nose with his tongue. 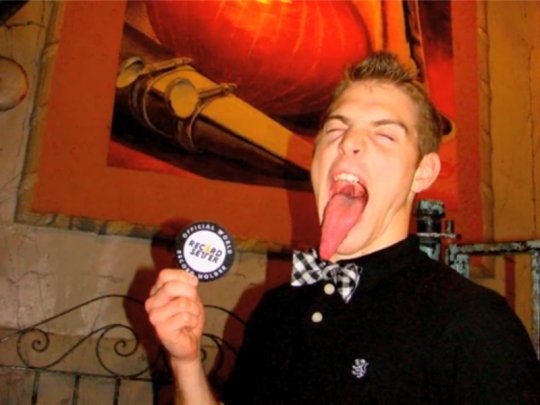 #7 - Most apples crushed with a bicep in a minute
The record holder, Linsey Lindberg, crushed eight apples with her bicep in less than a minute. Linsey, known to many as Mama Lou, also uses her biceps of steel to tear phone books in half. She shows off her skills as a member of the circus. 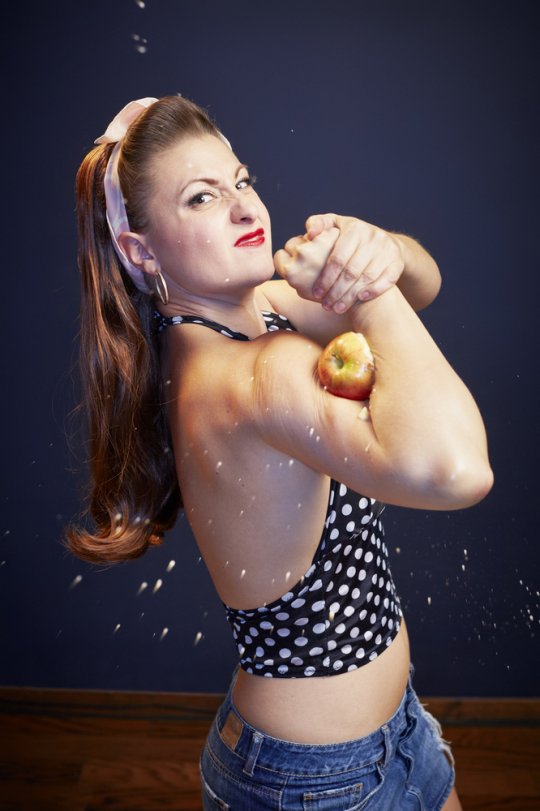 #8 - Most steps walked by a dog balancing a glass of water on their head
It turns out that world records aren’t just for humans. This pup, Snow Pea, set their own record when they walked up ten steps backwards and then down ten steps forward without dropping their cup of water. We can only imagine how much training went into getting Snow Pea to perform this record-breaking feat. 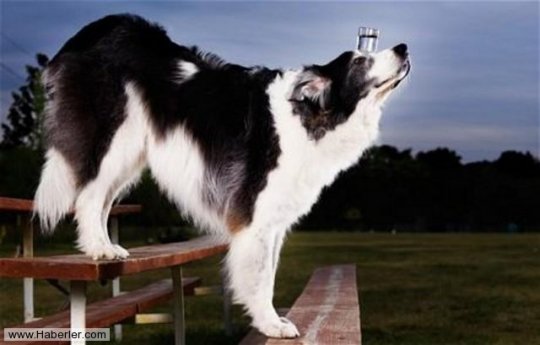