So much fail, so much pain. These screenshots prove that cheaters are dumb and they win dumb prices.

#1 - Call Of Duty - The Greatest Possession of a real MAN

It's not so much that he got caught cheating. It's the realization that he is about to lose the ability to play Modern Warfare. 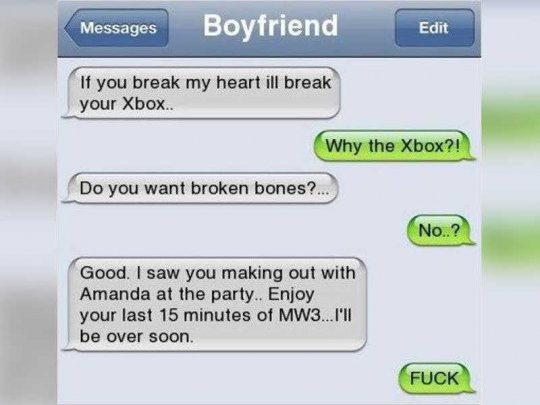 See, that's where being hot-headed gets you. Pulling the trigger too fast on the oldest trick in the book. 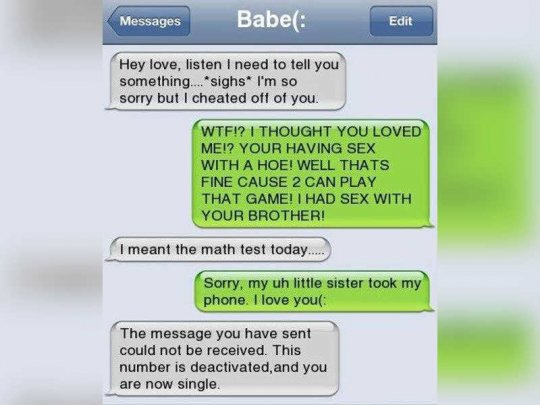 Ouch. Hopefully he is as happy with the new girl as the old one is, but I doubt it. Nice poem though. 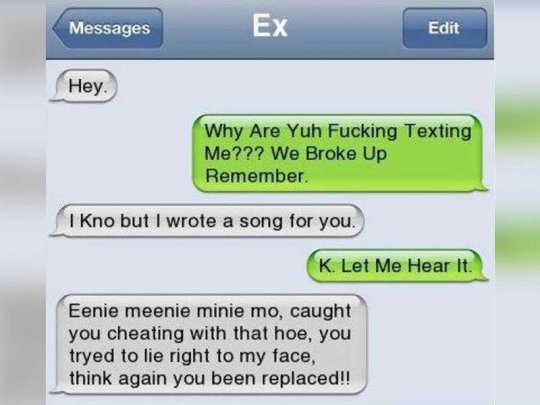 #4 - And another one bites the dust

Remember what we said about being quick-tempered before. Well, here we go again. Makes me wonder, how many of these comebacks are just quick lies to make the other one hurt as well. 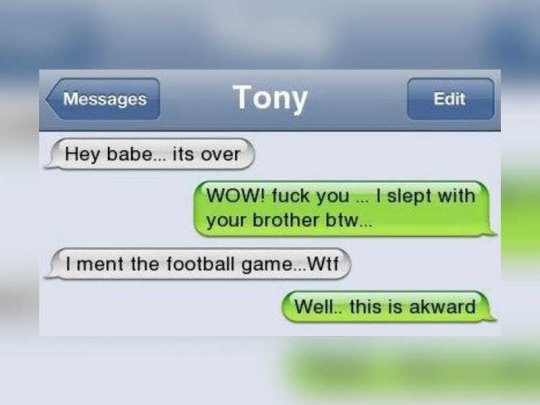 #5 - Care to explain yourself, careless girl

What a mess. Who thinks that explaining who the message was meant to, is somehow going to resolve the fact that they just got caught. A true genius. 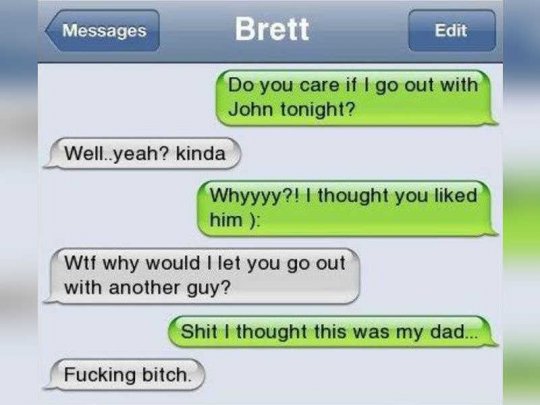 #6 - Nothing Can Beat This One, Who Would Deny After Looking At This Pic?

Well, women know very well when to do and what to do to seduce men. This lady just got it right. How many of you believe that this guy said yes after receiving this picture? 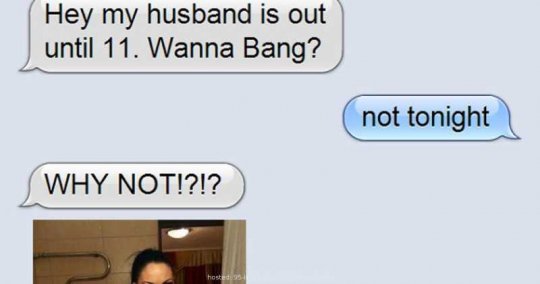 Just made a new friend and a partner in a long con. Well played. 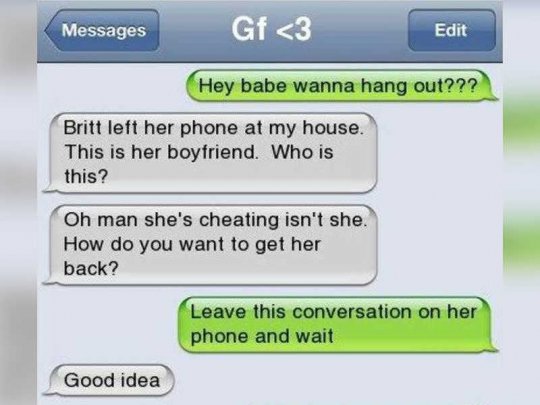 Sometimes blood is not so thick when it comes to relatives. I mean seriously, there is a Porsche to gain :D 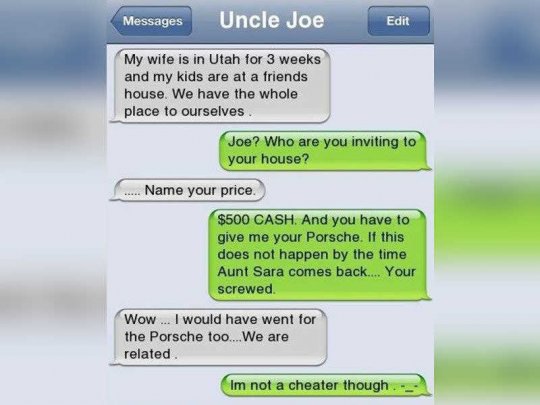 #9 - Kids love them Cars too... Although a Mustang is not a Porsche.

And another example of money over blood. Nice (: It's way better to call your friends for an outing rather than texting, because excitement leads to this... 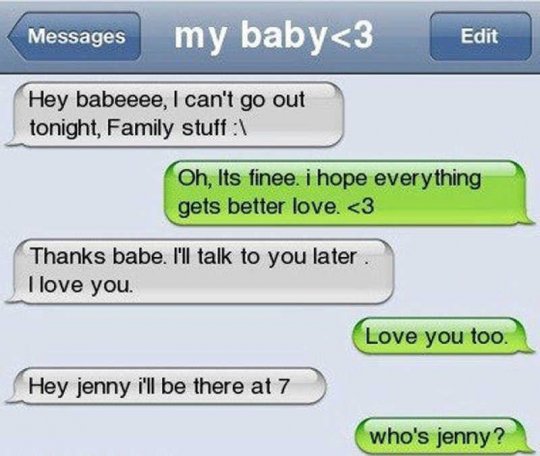 I wish we could see if the person made it out to be a joke at the end. Otherwise we are looking at someone rather dumb, wight? 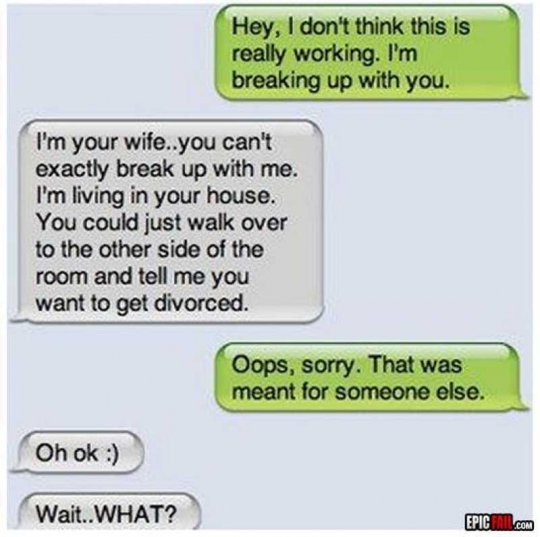 But we are glad that he got to know the ugly truth. I guess they are not brothers anymore. Or a husband and wife for that matter. 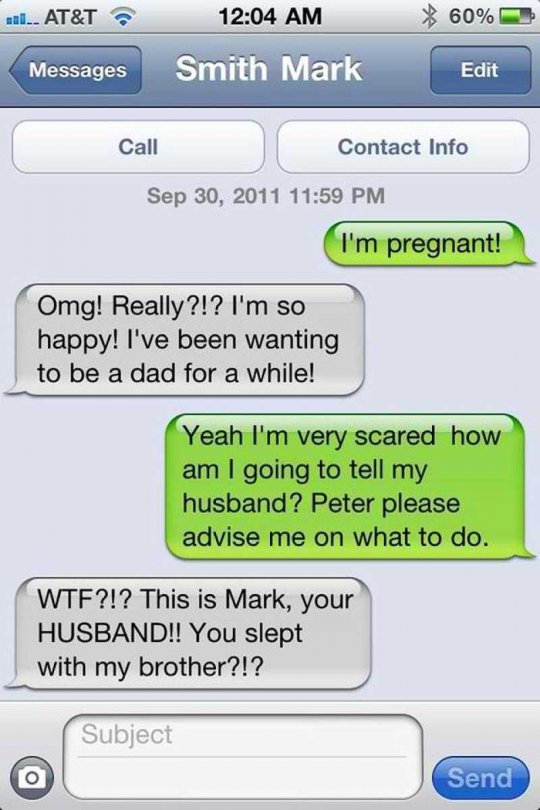 #13 - Dude, Think Twice Before Texting the Bff of Your Girl

How can you even... Seriously you should have seen this coming. Take off those pink colored shades. Your reads are wrong, bro. 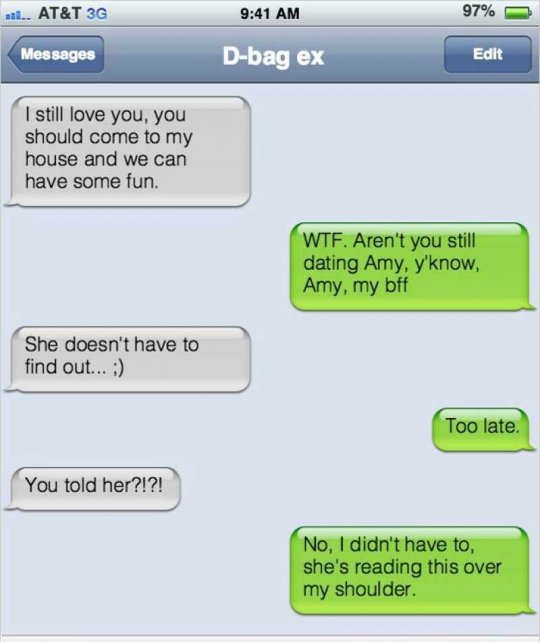