Trump Criticizes Trump. These 10 hilarious tweets where the POTUS basically criticizes himself will leave you in tears. Rule 45: Whatever terrible or terribly idiotic thing Trump is thinking about doing, he has criticized (usually falsely) Obama about it and none of his supporters care. This is not parody. This is real and it's almost too perfect. It feels like a plot to some fable about walking a mile in a man's shoes before judging him. Hypocrisy at it's best.

“Obama’s attack on the internet is another top down power grab. Net neutrality is the Fairness Doctrine. Will target conservative media.” (11/12/014) 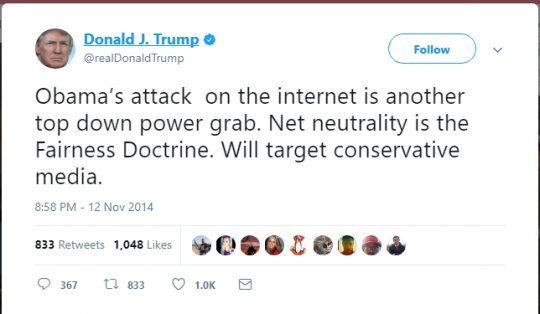 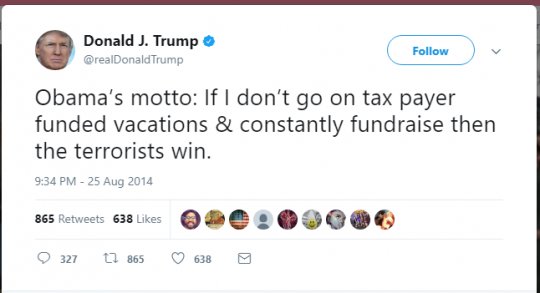 #3 - Who backed off a deal for supporting DACA? Who also plays golf and wants an ESPN anchor fired for criticizing him again?

“Obama has admitted that he spends his mornings watching @ESPN. Then he plays golf, fundraises & grants amnesty to illegals.” 3:03 PM - 16 Dec 2014 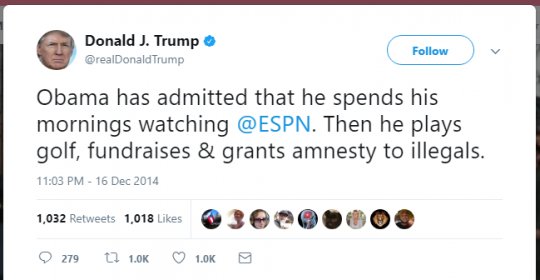 #4 - This is getting psychedelic

“Does anybody really want to throw out good, educated and accomplished young people who have jobs, some serving in the military? Really!” [9/14/17] 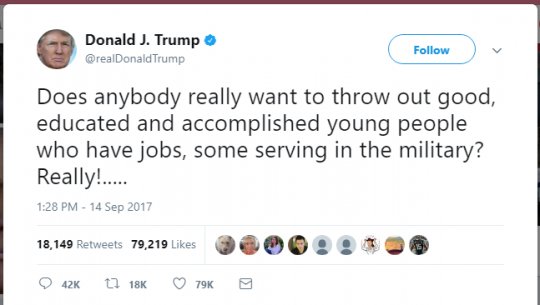 “Obama's '07 speech which @DailyCaller just released not only shows that Obama is a racist but also how the press always covers for him.” (10/03/12) 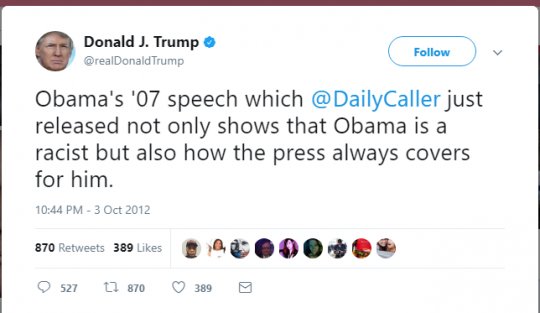 #6 - Trump has been projected to cost the American taxpayer at least $64.6M on golfing trips.

“Michelle Obama likes to be addressed as 'Your Excellency.' She is an excellent spender of taxpayer money on herself.” | Jan 4, 2012 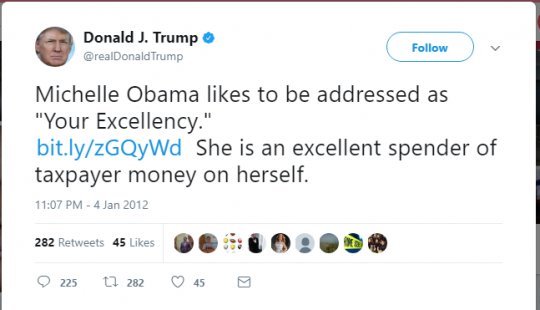 “President Obama thinks the nation is not as divided as people think. He is living in a world of the make believe!” | Jul 10, 2016 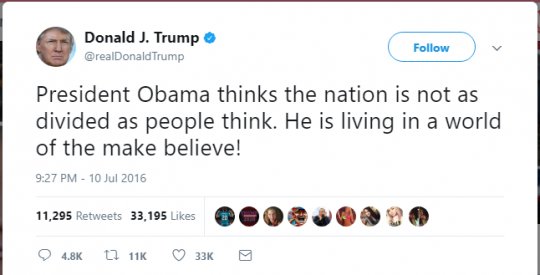 #8 - As Trump is now heading back down to Houston and New Orleans for round two of his photo ops tour...

“How about President Obama fixing the gasoline situation instead of taking photo ops in the destruction.” 1:46 PM - 2 Nov 2012 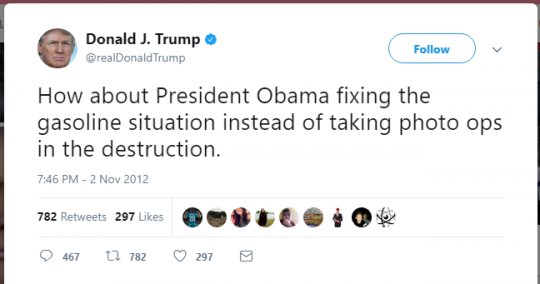 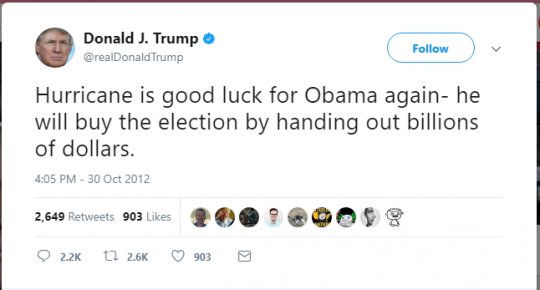 #10 - Trump just broke his own personal record, with a 34% approval rating