Adobe Photoshop is an amazing tool that allows users to alter photos in many ways. Many of these people tried to use the warp tool, which allows you to bend the objects in the photo and make them look different.

If used properly, Adobe Photoshop can be a great tool, transforming ordinary photos into works of art. However, if you suck at Photoshop, your attempts will turn out like these abominations. It’s pretty hilarious for us, however.

#1 - When Your Hourglass Figure Warps Spacetime

They say women should have an hourglass figure. I don’t think this is what they meant. She used the warp tool to thin her waist--but it also thinned her closet, too. 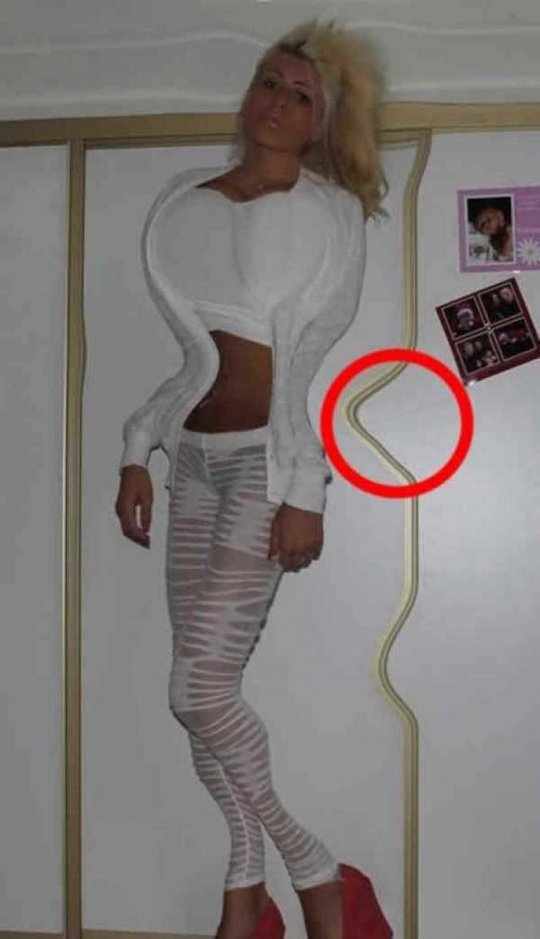 I don’t understand why this guy spent so much time editing those bulbous arm muscles, but didn’t spend any time altering his scared expression. Seriously, why does he looks so terrified? Is it because he knows he’s a weak liar? 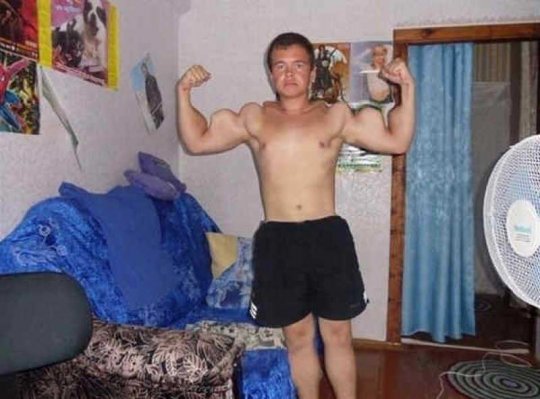 #3 - Photoshop Tutorial: How to Add Shadows

This guy realized he needed a picture of himself holding a giant check. Unfortunately, he hadn’t gotten paid yet. He just decided to add the check in later. He needs to learn basic physics: giant paper obects cast reflections and shadows. 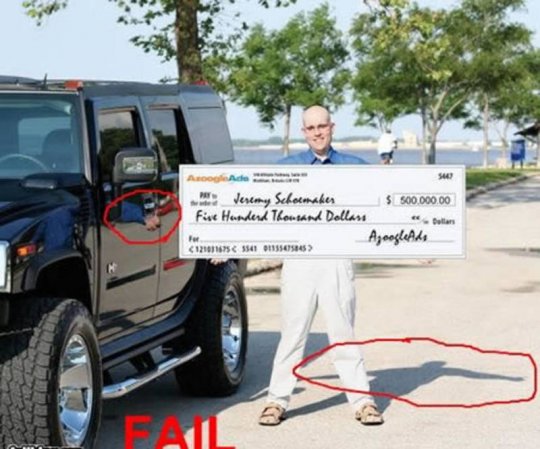 This kid, on the other hand, did slightly better. At least he didn’t just enlarge his doughy body to look shredded, but rather replaced his physique with a better one. This is a bit like telling the kids at school that you have a girlfriend--but the only “proof” is a photo that looks suspiciously like a magazine page. 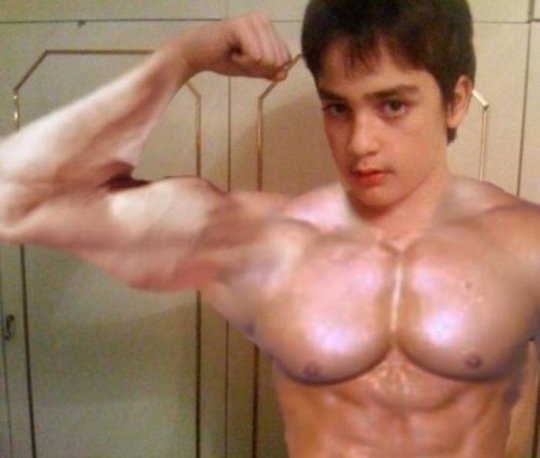 #5 - Gain Muscle Without Hitting the Gym?

This teenager decided he was tired of being called a nerd, so he decided to ‘bulk up’ without actually hitting the gym. Unfortunately, if he was more of a ‘nerd’, he would probably have had better photoshop skills. Life is ironic that way. 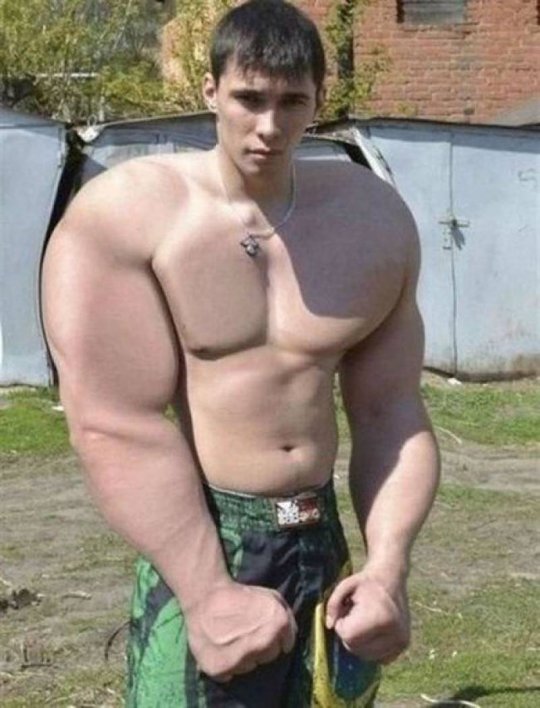 This Domino’s Pizza box is advertising for American Idol, but the silhouette singer clearly has six fingers… Now, my question is, what gave her that extra finger? Eating the pizza or getting on the show? I think I just lost my appetite. 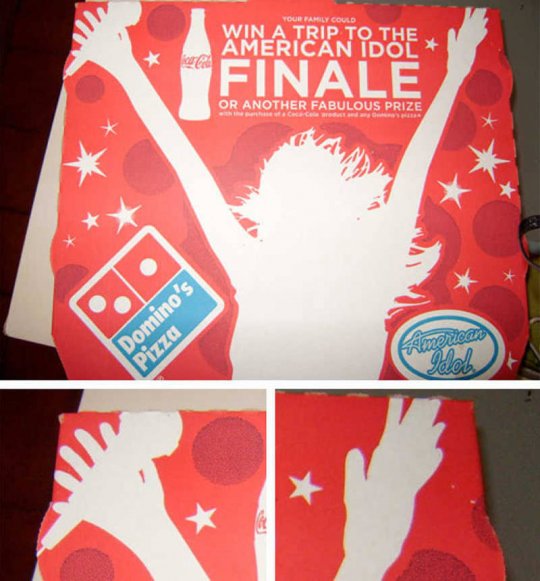 Rapper Kendrick Lamar sang about being sick and tired of the Photoshop...and maybe this is what he was talking about. This company is so focused on hawking their hair product, that they forgot to make this model’s neck anatomically correct. 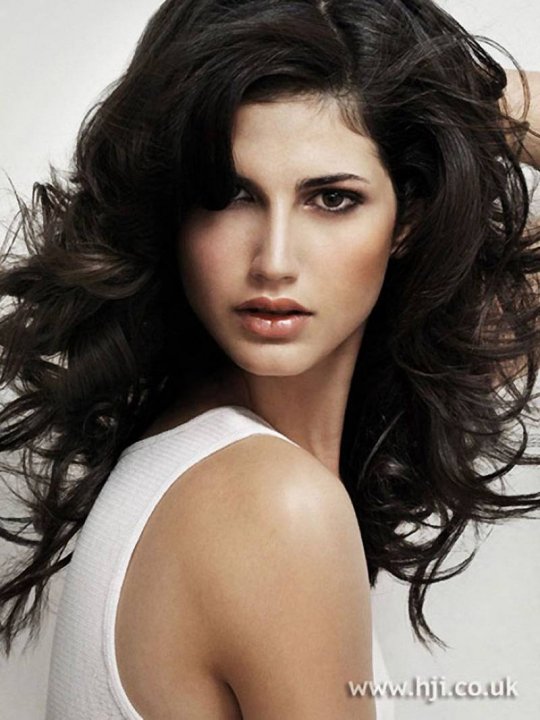 This is what happens when your country singer wife breaks the contract with her record company… they Photoshop her off the stage! Unfortunately, it couldn’t be that powerful a company, if nobody who works there can photoshop a hand properly! 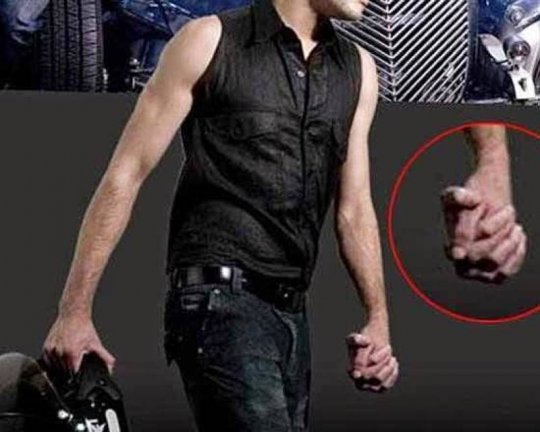 Up until this point, we’ve seen some bad images, but this one takes the cake. How dumb are her facebook friends, if she actually thought this would fool them? Then again, maybe she’s not too bright either. 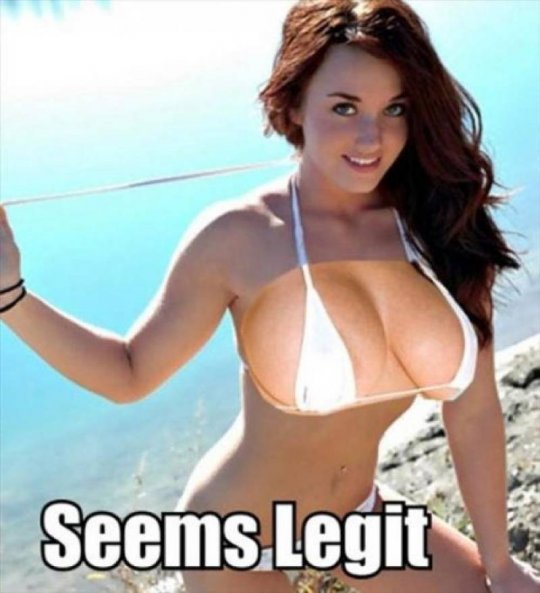 While this photo isn’t trying to fool anyone, it is just plain hilarious. Who knew comedian Jim Carrey had such a killer butt? And such a nice long neck? I want to know who did this… and what went wrong in their childhood to make them such a weird person! 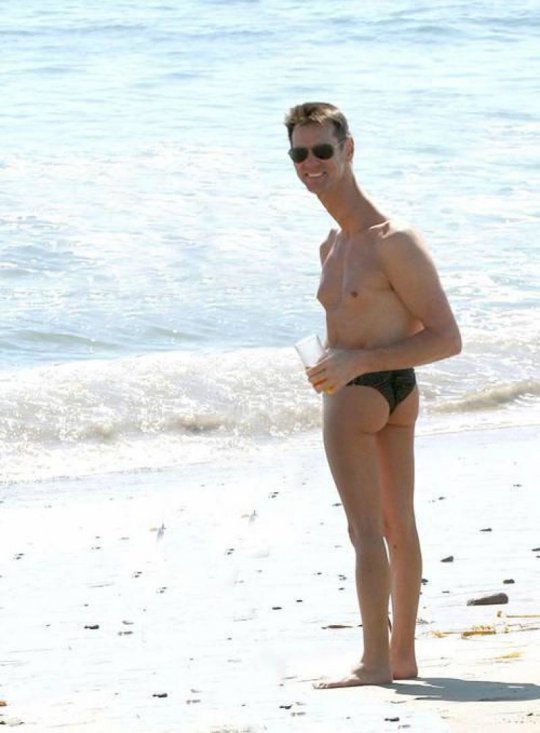